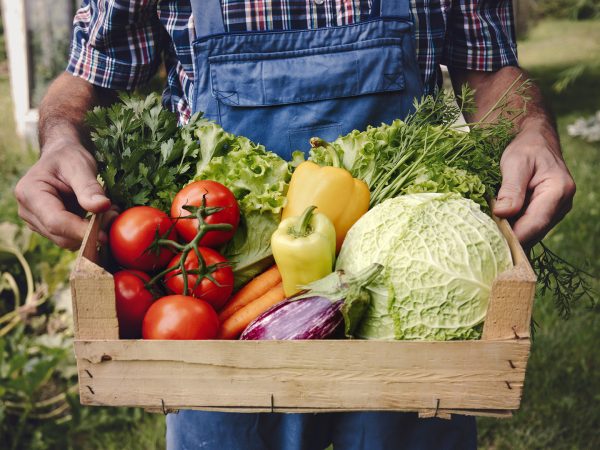 Fresh foods grown close to your home have myriad benefits, with better taste and higher nutrient levels at the top of the list. Fruits, vegetables, and herbs all start to lose nutrients as soon as they are harvested, so moving them from farm to table quickly is a way to maximize their nutritional impact.

As global food distribution has become the norm, we have gotten accustomed to eating our favorite produce year round, without even thinking about when different items are in season. It’s likely that you can find kiwi in your local grocery store at just about any time of year. Depending on what month you’re shopping, however, that kiwi is likely to have come from either Italy or New Zealand, picked and packed weeks earlier. In fact, more than half of the fresh fruit sold in the United States and almost a third of the fresh vegetables are now imported.

Unfortunately, fruits and vegetables about to be shipped thousands of miles are often picked before they are fully ripened in order to get them to their destination when they look their best. The time in transit may improve their appearance, but it takes a toll on the nutritional value.

Another study examined losses in visual appeal, market value, and nutrient levels in South African lettuce shipped to urban markets from distant agricultural provinces. That data showed significant decreases in ascorbic acid and carotenoids after shipping, storage, and marketing within the store. Nearly half of the ascorbic acid content was lost by the third day in the store. Similarly, significant losses were shown in levels of iron, calcium, potassium, magnesium, and other minerals.

Locally grown foods have other benefits, including the vastly smaller amounts of energy and pollution involved in transporting them to your table. They support local economies and encourage the continued operation of small farms that maintain green spaces near you. For those reasons as well as the higher nutrient levels, locally grown foods are better choices than fruits and vegetables that travel long distances between the source and your table.

Depending on where you live, locally grown produce may be available at farmers’ markets or through a community supported agriculture (CSA) program – those fresh fruits and vegetables were likely harvested within a day or so of reaching you, so their nutrient content is at its best. Even when shopping at a supermarket, remember that buying produce out of season means it was probably harvested weeks earlier and has lost nutritional value in transit. Enjoy the anticipation of waiting for fresh fruits and vegetables in season, then enjoy how good they taste.

Mary Mesenburg. “Why Local Food Is Better for You.” Rodale Instititute, 2013. rodaleinstitute/blog/why-local-food-is-better-for-you/ 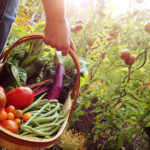 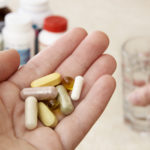 Not Getting The Right Nutrients? Start A Supplement Routine