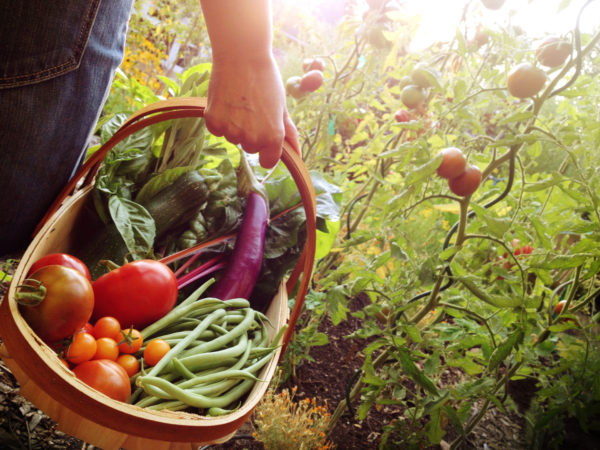 This is a heavily debated topic these days. At issue is whether or not conventionally grown fruits, vegetables and other foods produced on local farms are better choices than organic foods that may have been produced half a world away and shipped to your supermarket in transport powered by fossil fuels, a waste of energy that we should be striving to avoid.

Ideally, we all could eat organic foods produced on local farms. But that’s not practical, or even possible. In much of the United States, you can’t obtain locally grown fresh fruits and vegetables for months at a time. Even if winter weather were not a factor, organic products aren’t always easy to find. The organic milk, fruits and vegetables found in many supermarkets these days typically are not locally-grown. Most likely, they’ve been shipped in from distant, big, organically-certified factory farms.

Those who favor locally grown, conventionally produced foods argue that they’re fresh off the farm and tastier than organics that have been refrigerated and shipped vast distances. Even so, some organic foods provide higher levels of vitamins than those that are conventionally grown. A study published in the October 2007 issue of the Journal of Agriculture and Food Chemistry found that organically grown tomatoes had more vitamin C than conventional tomatoes (the same study found no real difference between organic and conventionally grown peppers).

If locally grown organic foods aren’t available to you, be aware of the fruits and vegetables that are highest (and lowest) in pesticides. Among the worst offenders: peaches, apples, sweet bell peppers, celery, nectarines, and strawberries. At the other end of the spectrum (lowest in pesticide residues): onions, avocado, frozen sweet corn, pineapples, mango, and asparagus.

You might also look for nearby farms that avoid using chemicals and pesticides even though they’re not certified organic. Michael Pollan, a journalism professor at the University of California Berkeley and author of the bestselling book The Omnivore’s Dilemma, told me that small farmers may not be able to afford the time and expense required to win certification but still do without pesticides or chemicals. You may be able to investigate this option by visiting green markets and farm stands in your area.

You also could consider planting your own organic garden with seasonal vegetables, herbs and flowers or forming a neighborhood co-op to maintain a community garden. You not only would have the satisfaction of growing your own organic produce, you might get a little exercise as well.