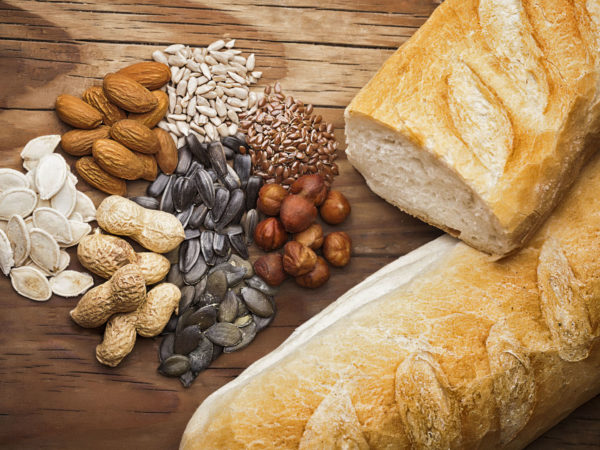 Phytates (and phytic acid) are antioxidant compounds found in whole grains, legumes, nuts and seeds. The chief concern about phytates is that they can bind to certain dietary minerals including iron, zinc, manganese and, to a lesser extent calcium, and slow their absorption. However, the presence of phytates in foods really isn’t the worry that some individuals believe it to be. (I’ve been asked in the past about the phytates in soy and whether they hinder mineral absorption. There is no scientific data suggesting that eating whole soy foods leads to mineral deficiencies in humans).

Phytates in your everyday meals should not be an issue for you as long as you’re eating a balanced diet. Most of us consume enough minerals in common foods to more than make up for the small amounts of these micronutrients that might be tied up by phytates. The only individuals who might need to be careful are vegetarians who consume a lot of wheat bran, which is a concentrated source of these substances. Phytate-associated deficiencies of iron and zinc do occur in some third-world countries where people mostly eat grains.

Bear in mind that cooking reduces a food’s phytic acid content to some degree, as does soaking whole grains prior for use in baking. To help this breakdown, you can soak them in yogurt, buttermilk, or water combined with lemon juice or vinegar.

You also should be aware that phytates themselves have some health benefits, including anti-inflammatory effects. In laboratory research, phytates have helped normalize cell growth and stopped the proliferation of cancer cells. They also may help prevent cardiovascular disease and lower a food’s glycemic load.