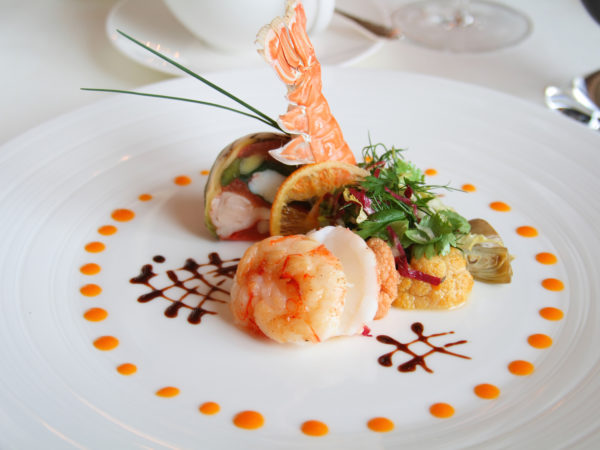 Calorie counts aren’t as simple – or as reliable – as you might think. In fact, there is considerable scientific debate about what to make of current calorie counts. (For the record, what we think of as a calorie is actually a kilocalorie, the amount of energy needed to raise the temperature of one kilogram of water one degree Celsius.)

Determining the caloric value of specific foods gets quite complicated once you consider the differences between human metabolism and laboratory analysis. For example, cooked and processed foods are higher in calories than raw food, because it is easier for us to consume cooked foods and extract the nutrients they contain. Calorie counts as we know them don’t take into consideration the energy (calories) we burn in chewing and digesting food. For example, it takes more energy to metabolize protein than it does to metabolize carbohydrates and fats. For all animals (including humans) the energy “cost” of digesting and metabolizing a meal comes to between five and 30 percent of the meal’s energy (the calories it provides), according to Stephen M. Secor, Ph.D., an associate professor at the University of Alabama who studies digestive processes.

Another issue: since we don’t completely digest some foods, how many of the calories they contain should we actually count? In a study published in 2012 in the American Journal of Clinical Nutrition, Janet Novotny, a U.S. Department of Agriculture (USDA) research physiologist, reported that the fat in almonds is not completely digested, and for that reason, a 28-gram (roughly one ounce) serving of almonds gives us 129 calories, 32 percent fewer than the 168-170 estimated by Wilbur Atwater, the 19th century USDA scientist who established calorie counts.

On a practical level, we know that eating any amount of foods with a high glycemic index (mainly refined carbohydrates) make you hungrier sooner than you would be if you had eaten a serving of whole grains with a similar calorie count. As a result, you’re likely to overeat, possibly taking in even more high-calorie, high-glycemic-index carbs.

Does this mean reported calorie totals are useless? Not at all. In 2012, my friend Marion Nestle, M.P.H., Ph.D., author and professor in the department of nutrition, food studies and public health at New York University, co-authored a book titled, Why Calories Count: From Science to Politics  (University of California Press). Dr. Nestle and her co-author, Malden Nesheim, Ph.D., emeritus professor of nutrition at Cornell University, have reviewed all the research and concluded that estimates based on the Atwater calorie counts are “close enough.” If you want to lose weight, Drs. Nestle and Nesheim conclude, “Eat less; it works every time.”

I agree. The obesity epidemic in the U.S. does not stem from miscounting calories but from eating oversized portions and too many processed and refined foods, especially high-glycemic-index carbohydrate foods that disturb metabolism.