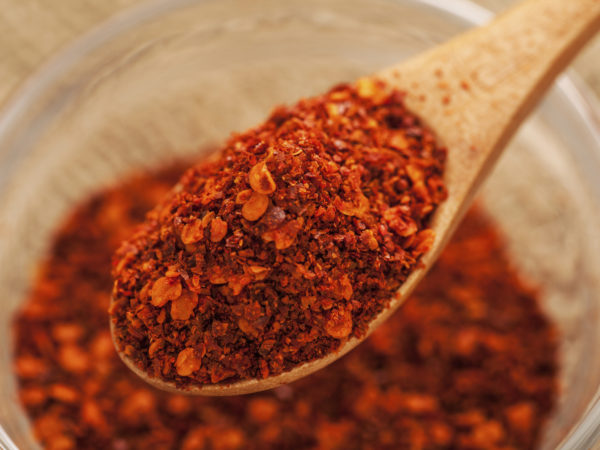 Paprika – the word in Serbo-Croatian means “little pepper” – is a spice with a wide range of uses and tastes. It is created by combining the ground, dried fruits of sweet or  chili peppers in various proportions, resulting in “sweet paprika” or “hot paprika.”

Paprika is often associated with Hungary, where it has become the national spice. But paprika originated in Spain and Portugal, from which it spread to regions including Africa and Asia. It reached central Europe via the Balkans, which at the time was under Ottoman rule, which may explain why the name paprika is used in both English and Hungarian. In Spanish, it is known as pimento; and in parts of Europe the word paprika is used to describe the capsicum fruit (sweet pepper) from which it comes.

Paprika comes in a number of varieties. In Hungary, the peppers are slowly sun-dried, leaving a sweet taste. In Spain, they are cured over a fire for a distinct smoky flavor. Paprika can be sweet, semi-sweet, semi-hot or hot, depending upon the proportion of sweet and hot peppers used in its creation.

Medicinally, paprika has been used orally to treat digestive issues, toothaches, circulatory issues, cramps and fever. Topically, it may be useful in addressing shingles, pain associated with arthritis, neuralgia, neuropathy, fibromyalgia, back pain and muscle spasms. It may also be useful when used intra-nasally to address allergies, headaches and sinusitis.

Dr. Weil’s take:
Paprika is widely used around the world to season and color a variety of dishes and foods. In Hungary, it is often fried in fat, which releases essential oils, before use in cooking. Goulash – the national dish of Hungary –  is spiced with liberal amounts of paprika, as is paprikash.

In the U.S., you will find paprika in everything from barbeque sauce and ketchup to dry and wet marinades. It is one of my favorite seasonings for soups and stews, and is used to flavor rice dishes, salsas, potatoes and eggs.

When purchasing, choose dried, ground paprika that is as fresh as possible – it can lose its flavor quickly, so keep in a tightly sealed container away from light or heat, and use within six months. To get the most flavor from paprika, warm it in oil before using, taking care not to let it burn.

Try these recipes with paprika: