Inviting Freshness Through Not Knowing 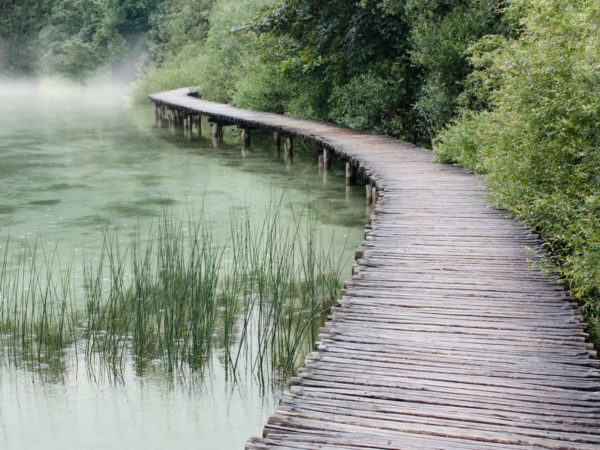 The following is the first excerpt from Sensei Koshin Paley Ellison’s Amazon best-selling book, Wholehearted: Slow Down, Help Out, Wake Up. Informed by more than three decades of formal Zen and psychotherapeutic training and practice, Wholehearted brings Sensei Koshin Paley Ellison’s spiritual and clinical expertise into a readily accessible blend of insight and easily actionable guidance. The book provides strategies for identifying and exploring behaviors that often create unconscious barriers to personal confidence and interaction with others. Taking a remarkably fresh approach, Sensei Koshin brings time-honored Buddhist wisdom to how we live our lives, teaching us how to close the gaps we create between ourselves and others, and to wake up to the world around us in doable, wholehearted and positive ways. Find the second excerpt: Getting In Touch With And Speaking The Truth here. 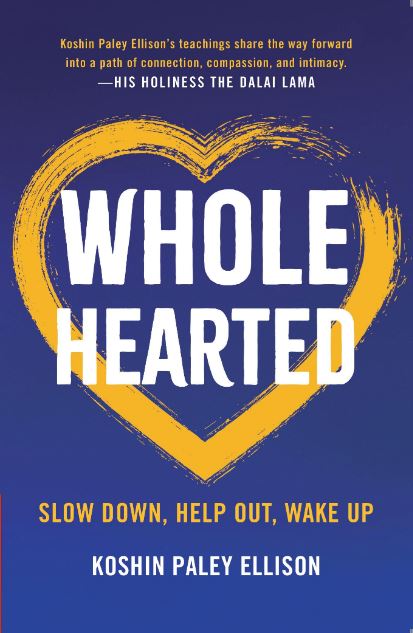 There’s a great poem from the Third Ancestor of the Zen tradition that begins, “The Great Way is not difficult for those who don’t cling to preferences.” Right – easier said than done. Usually, our preferences rule the roost. Conditioned feelings and opinions tend to determine how we behave in all of our relationships, which means that, in our every interaction, we tend to follow the same script. Rather than taking the chance to interact with the moment as it is, we interact with the fixed ideas that live in our heads. “Not knowing” is the dropping of all of this; instead, we completely enter the moment in front of us. In Zen we call this having “beginner’s mind.”

In the first ten years of my meditation practice, I was super into the idea of being a meditator. I was always telling people, “Yeah, I’m a meditator, actually.” “I’m off to go meditate.” “Did you know I meditate?” Oh, I was so obnoxious. “You don’t meditate?” I’d ask people, unprompted. “You should try it.” Obviously, I was not at rest with myself and was compensating for some insecurity. And obviously, I wasn’t really having beginner’s mind. I was assuming I knew something that other people didn’t.

In Chinese, one of the translations of the word for suffering is “walls in the mind.” Even though I was purporting to be a meditator, I was using my practice to do exactly the opposite of what it’s meant to do. I was building a wall not only between myself and other people but also between me and my own mind. Caught up in my opinions and preferences, I was creating subtle divisions, because I wasn’t being honest with myself. The whole thing had a kind of odor to it. I can recall people’s faces when I used to do this; it was this scrunchy look like they were smelling something bad, like, “Why don’t you just leave me alone?”

The behavior was coming, in part, from a place of sweetness. There was that young enthusiastic quality of finding something new that was exciting and meaningful, and wanting to share it. But in a subtle way, I was creating evil. Wow. A big intense word and idea. Evil. Creating separation. I could have simply shared my authentic experience and left it at that: “I’m really enjoying what I’m doing. This meditation thing . . . I feel like it’s changing me. It’s really new, and I’m really excited.” But instead I made it about the other person and my opinions about what they should do, and with that, I distanced myself from them as well as from my own truth.

There’s a beautiful quote from the American Zen pioneer and teacher Shunryu Suzuki Roshi about beginner’s mind: “In the beginner’s mind, there are unlimited possibilities. In the expert’s mind, there are few.” In every moment, there are unlimited possibilities as to what might occur. But when we follow the same old script—for me and the meditation thing, it was a habit of mine to look to other people to validate my own feelings—there are not a lot of possibilities. It’s not a fresh interaction. It’s totally stale, and maybe even a little stinky.

Now, sometime later, I don’t feel insecure about my choice to meditate anymore (in fact, I’m not even sure if it is a choice anymore), and I’ve stopped pushing it onto other people. What’s funny about this is that recently I was talking to a friend who had come to the center because he was curious about learning how to meditate. I was telling him about how I used to be that annoying meditation evangelist. He told me, “I’ve enjoyed watching how you behave in the world, and I’ve always appreciated that. That’s what made me want to practice here.” So it took some time, but I did end up learning my lesson about it, and when I did, that’s when others finally became attracted to the idea of meditating. A key part of the practice is learning how to surrender to not being in control. Allow the unfolding. In other words, we don’t need to hang up a sign. If we can live from a mindset of “not knowing,” we naturally cease from evil, and we’re left free to really get into things.

I love the Japanese phrase ichi-go ichi-e, which means “one moment, one chance.” It makes me think of dew evaporating. Have you ever seen that? Right before the sun comes up, all the dew, it’s beautiful. And then—so quickly—it’s gone. The opportunity to cultivate freshness, to cease from evil, is always available to us. But just for a moment . . . and then it’s gone.

In the story of Cinderella, she really wanted to go to the ball, but the conditions were just not right. The interesting thing about the Cinderella story is that while there are many versions of it, there aren’t any in which Cinderella complains. She keeps on meeting with obstacles, and she’s sad about it, and she doesn’t complain about it. Her stepfamily throws lentils in the ashes and tells her she can go if she picks up every single individual lentil in time, and she gets down and dirty and does just that. Then she gets all dressed up, and her stepsisters rip the gown to shreds. Eventually, of course, she does get to the ball, with the help of some fairy-godmother magic.

There is something about her attitude that I find really helpful. She enters the situation fully. It’s a totally sad situation, so she allows herself to be totally sad about it, but she also just does the next thing she needs to do, never knowing for sure how it’s all going to work out. Most important, Cinderella doesn’t go and start a war with her family. You can imagine Cinderella doing that, right, and who would blame her? In feelings of fear, insecurity, hurt, we sometimes lash out. The thing is, we’ve been doing that really well for thousands of years. No one needs to practice how to turn the hurtful people in our lives into enemies. The challenge is to do something new instead. How can we be like Cinderella? How do we embrace not knowing, especially in the moments where it feels completely shitty, where we might be on our knees, picking lentils out of the ashes?

My teacher’s teacher’s teacher, Roshi Bernie Glassman, started “bearing witness” retreats at concentration camps and other places of mass suffering. He brings people together—people from both sides of the suffering, both the perpetrators and the victims—in counsel, memorial, and contemplation at places like Bosnia and Native American reservations. In 1998, I went to one in Auschwitz-Birkenau, where family members of mine had died. In fact, in my Jewish household, I had been raised to hate anyone who contributed to the Holocaust, especially Germans and Poles. I’m serious. At my childhood dinner table it was like, “Would you like some bread and butter? And don’t forget to hate the Germans and Poles, and have a little kugel with that.” So, we’re sitting in a circle on the train tracks at Auschwitz. It’s November. It’s freezing, and in that moment I was really into “Why did we come when it’s so cold?”—which is part of the point. We sat by the selection site where they would send some people to the gas chambers and some to the barracks for work. We were reading aloud the names of all the people who died there, and what we had to do was simply be with our minds. It was excruciating for me. But the more I sat, hearing the names, being with the legacy of all that evil and feeling the sorrow of all that loss, the more I started to think about all the beings throughout the world who have been or are being killed precisely because of the walls people build between themselves, because of the differences we fabricate and the things we assume.

To see that each of us is responsible for that is a real ass-kicking. Because, don’t we do this every day, in our own small and subtle ways? Dismantling these walls, made up of our opinions and preferences, is a radical move. At the Auschwitz retreat, I was able to do that in part by actually meeting German and Polish people, and listening to them, and learning to love them. One Polish woman my age and I took a long walk back into the forest behind Birkenau. I trembled as I shared how I was taught to hate Poles and Germans because my family’s neighbors locked them in their barn and set it on fire—before the Nazis came. She stopped on the path. Her eyes full of tears, she took my hands and said she was there because her grandparents killed their neighbors the same way. We held each other as we sobbed and wailed. We have the opportunity to do this on an everyday level, too. Not knowing is learning how to interrogate what we assume to be true: “I’m better than you” or “everybody should meditate” or “my stepsisters are so mean”—whatever the stories we happen to tell ourselves are. This is how we do no evil.

What are your walls, and how can you take them down?

What does it mean to see everyone as yourself?

Sensei Koshin Paley Ellison, MFA, LMSW, DMIN, is a best-selling author/editor and nationally recognized spiritual teacher and psychotherapist. In his second book, Wholehearted: Slow Down, Help Out, Wake Up, Sensei Koshin Paley Ellison addresses common distractions, beliefs and habitual patterns, providing a way through stress, disengagement, anger  and feeling unloved. Widely acclaimed for his guidance in helping people understand and apply time-tested Buddhist teachings as simple strategies for living in today’s chaotic world, Paley Ellison is a dynamic, original and visionary leader, teacher and speaker. He is a co-founder (with his husband, Sensei Robert Chodo Campbell) of the New York Zen Center for Contemplative Care, the first Zen-based organization to offer fully accredited ACPE (Association for Clinical Pastoral Education) clinical chaplaincy training in America. Through the Zen Center they have educated more than 800 physicians and their students have cared for over 100,000 people facing the vulnerabilities of aging, illness and dying. Follow him on social media: 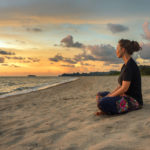 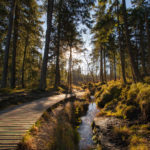 Getting In Touch With And Speaking The Truth 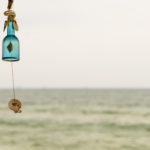 The Legacy Of Building Community In A Pandemic 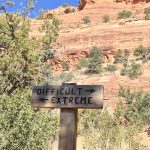 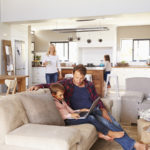 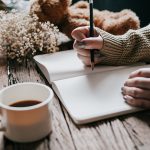 COVID-19: About Reading & Writing The Virus