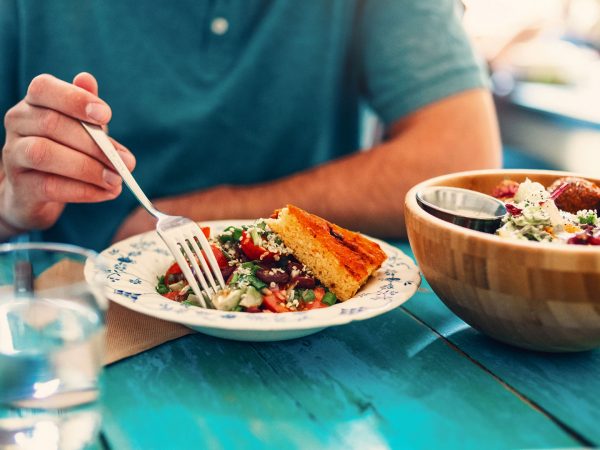 This news comes from a study including 410 men with prostate cancer who were patients at the University of Texas M.D. Andersen Cancer Center. Researchers found that those men whose diets were rich in fruits, vegetables, legumes, cereals and fish – pretty much what you would consume on the Mediterranean diet – were at a much lower-than-normal risk of needing treatment for their cancer. After about three years of follow up, the cancer progressed in 76 men. But researchers reported that for every one-point increase in an individual patient’s “Mediterranean diet score,” the risk for tumor progression dropped by 10 percent, and the need for treatment decreased along with it. The investigators also found that the beneficial effect of a Mediterranean diet was more pronounced in Black men. That’s significant, because the incidence of prostate cancer is more than 50 percent higher in Black Americans compared to whites, and the outcomes for Black men are typically worse.