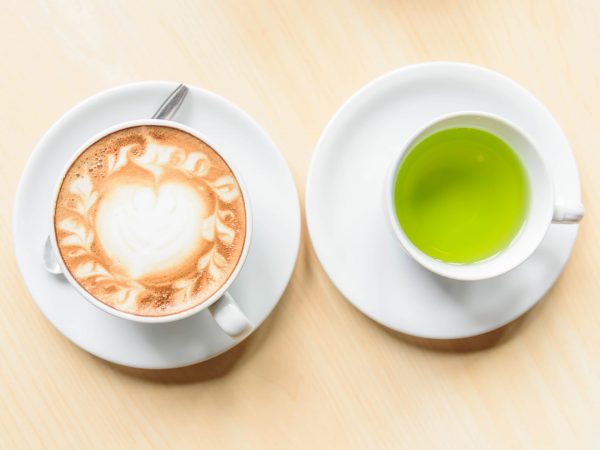 This news comes from a Japanese study showing that four or more cups of green tea plus two cups of coffee daily lowered the risk of death by 63 percent among nearly 5,000 Japanese adults with type 2 diabetes whose health was tracked for about five years. Researchers reported that of the study participants who drank green tea, more than 1,100 consumed up to a cup a day, nearly 1,400 consumed two to three cups while another 1,800 drank four cups or more daily. Among the coffee drinkers nearly 1,300 had up to a single cup a day, 960 drank one cup and 1,660 consumed two or more cups daily.  During the follow-up period, 309 subjects died. The more tea or coffee consumed, the lower the chance of dying. Those who drank both beverages lowered their risk of death the most. The researchers reported that drinking a single cup of either coffee or green tea daily might lower the risk of early death by 12 percent (for coffee) or 15 percent (for green tea).

My take? As you may know, I’m not a coffee enthusiast, but I have long recommended drinking green tea. It’s an enjoyable, health-promoting beverage that should be part of your daily diet. Its benefits are best realized when it is served hot, but its distinctive character can be appreciated chilled or even iced. There are many varieties of green tea, so experiment until you find one you like!