Death Of A Friend

Many of the current studies about grief have focused on the death of close relatives, often a spouse, but new research from the UK’s Stirling University and Australian National University looked into the effects of losing a close friend. The researchers reported a decline in vitality and a deterioration of mental health among people (particularly women) following the death of a close friend. They also found that the death of a friend is not taken as seriously, or not openly acknowledged, and that the impact is often trivialized compared to the death of a close family member. The team collected information from 26,515 people over 14 years among whom 9,586 had experienced the death of at least one close friend. The study found that in the four years afterwards those participants who lost close friends experienced significantly adverse changes in physical and psychological wellbeing. This proved particularly true among those enrolled in the study who were less socially active. The researchers concluded that there’s a need to ensure that services are available to people who have experienced the death of a friend to help them develop the necessary support networks. 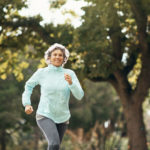