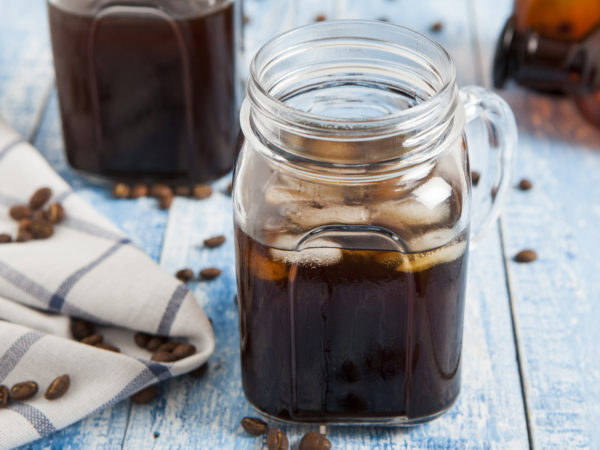 Cold-brewed coffee has become all the rage in recent years with the U.S. market for it growing 580 percent from 2011 to 2016. Cold-brew is promoted as being less acidic than hot brewed coffee and less likely to cause heartburn or other gastrointestinal problems. It is made by adding coffee to water, stirring and letting the mixture stand overnight in the fridge. To investigate if cold-brewed had any actual advantage over hot-brewed coffee researchers at Philadelphia’s Thomas Jefferson University analyzed the acidity of both types and found that the differences were minimal. For all samples tested, ph levels, which indicate levels of acidity, ranged from 4.85 to 5.13. Given those findings, researcher Niny Z. Rao, an associate professor of chemistry, said coffee drinkers shouldn’t consider cold brew a “silver bullet” for avoiding gastrointestinal distress. The research also showed that hot-brewed coffee had higher levels of antioxidants, which are believed to be responsible for some of the health benefits of coffee. Despite these findings, the investigators said additional research is needed to fully understand any differences in the health effects of coffee as a function of brewing temperature and time.