Bugs In The Bathroom 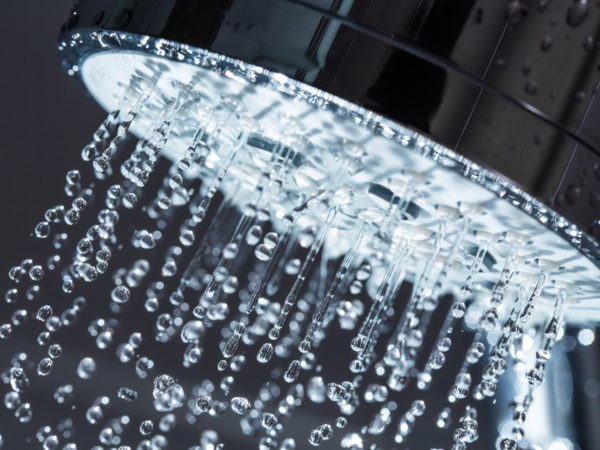 Researchers at the University of Colorado have been swiping biofilm from showerheads in the U.S. and 13 European countries to see what – if anything – is lurking there. After analyzing the DNA of the bacteria residing in the biofilm, they discovered mycobacteria, a species with strains that are capable of causing lung disease. The findings showed there are more of these bugs present when municipal tap water (rather than well water) flows through showerheads. There are also more of them in metal showerheads than plastic ones, and more in the U.S. than Europe.

The research team also found that mycobacteria appear somewhat resistant to chlorine-based disinfectants used more widely in the U.S. than Europe. As a result, in Europe other bacteria may co-exist in the biofilms and drive out or reduce the numbers of disease causing strains.

Mycobacteria are more likely to be harmful in parts of Southern California, Florida and New York where nontuberculous mycobacterial lung disease is most prevalent. While you can be exposed every time you shower, the researchers say most of the bugs are harmless, and there’s no reason to worry that frequent showering will make you sick.