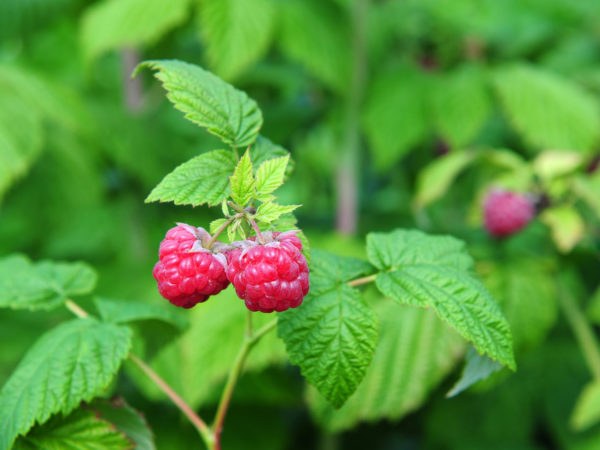 Taken orally, red raspberry leaf is used to treat motion sickness, diarrhea, and other digestive disorders, and to relieve menstrual cramps and symptoms related to premenstrual syndrome (PMS). It is also used as a rinse for bleeding gums and a gargle for sore throats and canker sores. People also use red raspberry leaf for cardiovascular disorders, fever, influenza, diabetes, and to stimulate bile production. However, red raspberry leaf is most commonly used to support women’s reproductive health. Some research suggested that red raspberry leaf may facilitate labor and delivery, as well as help prevent morning sickness and miscarriage, but more recent studies have called these findings into question.

In Europe, red raspberry leaf is used as a natural flavoring in foods.

Preliminary data show that red raspberry fruit has antioxidant and vasodilatory properties. A ketone component of red raspberry possesses a similar structure to the compound capsaicin. Red raspberry leaf may alter lipid metabolism, and theoretically could be useful as an anti-obesity agent.

There are no known adverse reactions with other medications.

Experts disagree on the safety of red raspberry leaf during pregnancy, so consult your doctor or avoid it altogether if you are pregnant.

Look for products that contain pure leaves, as freshly dried as possible. You can make your own red raspberry leaf tea by picking leaves off brambles, hanging them to dry, and soaking them in boiling water.

For adults and children, take two capsules two to three times daily at mealtimes. As a tea, you can drink as needed to help manage menstrual cramps up to six cups a day.

To make delicious red raspberry leaf tea, pour one cup of boiling water over one or two teaspoons of dried leaf. Infuse for 10 minutes.

Not recommended for children.

The advice to drink red raspberry leaf tea as a remedy for “female troubles” and to help with breast milk production has been handed down through several generations of women. Women with PMS and another lesser but increasingly common and debilitating disorder called premenstrual dysphoric disorder (PMDD) may find some relief incorporating red raspberry leaf tea into their diets. Try this in combination with other recommendations about exercise and stress reduction.