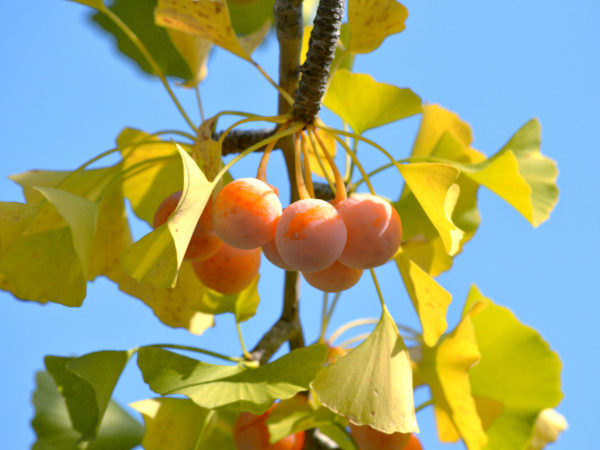 Ginkgo biloba is one of the most well researched herbs in the world and is full of antioxidants and flavonoids. Ginkgo supports healthy circulation to both the brain and extremities of the body. Studies suggest that this traditional Chinese remedy is capable of improving cognitive function as demonstrated by increased mental sharpness, better concentration, and improved memory. If you try ginkgo for memory enhancement, you probably won’t notice effects for six to eight weeks. Look for products standardized to 24 percent ginkgo flavone glycosides and 6 percent terpene lactones; the dose is 60 to 120 milligrams twice a day with food.

The tinctures and capsules of ginkgo biloba that you buy in stores contain extracts of leaves of the tree that is widely planted in cities and parks in North America. But I’m sorry to tell you that leaves you collect from these trees won’t do you any good. In fact, they’re more likely to irritate your stomach than to provide any of the positive effects you might expect. The extraction process used to make the popular herbal remedy removes the irritants and concentrates the beneficial components. However, if you have a female ginkgo tree, you can eat the nuts it produces. Ginkgo nuts are often used in Asian cooking. They have no medicinal properties, but are tasty when cooked.

To get to the nut, you have to go through a pulpy layer of a persimmon-like fruit that is rather smelly (which is why female ginkgo trees and their nuts are not popular here). The nuts themselves resemble chickpeas and taste like chestnuts. To prepare them for eating, you first must peel or blanch them and then boil or roast them. In Asian cuisines they are added to soups, stir fry’s, and desserts. If your tree is not female (not producing fruit), you can buy dried or canned ginkgo nuts in most Asian groceries. One ounce provides 97 calories, one gram of fat, no cholesterol, four milligrams of sodium and no fiber.