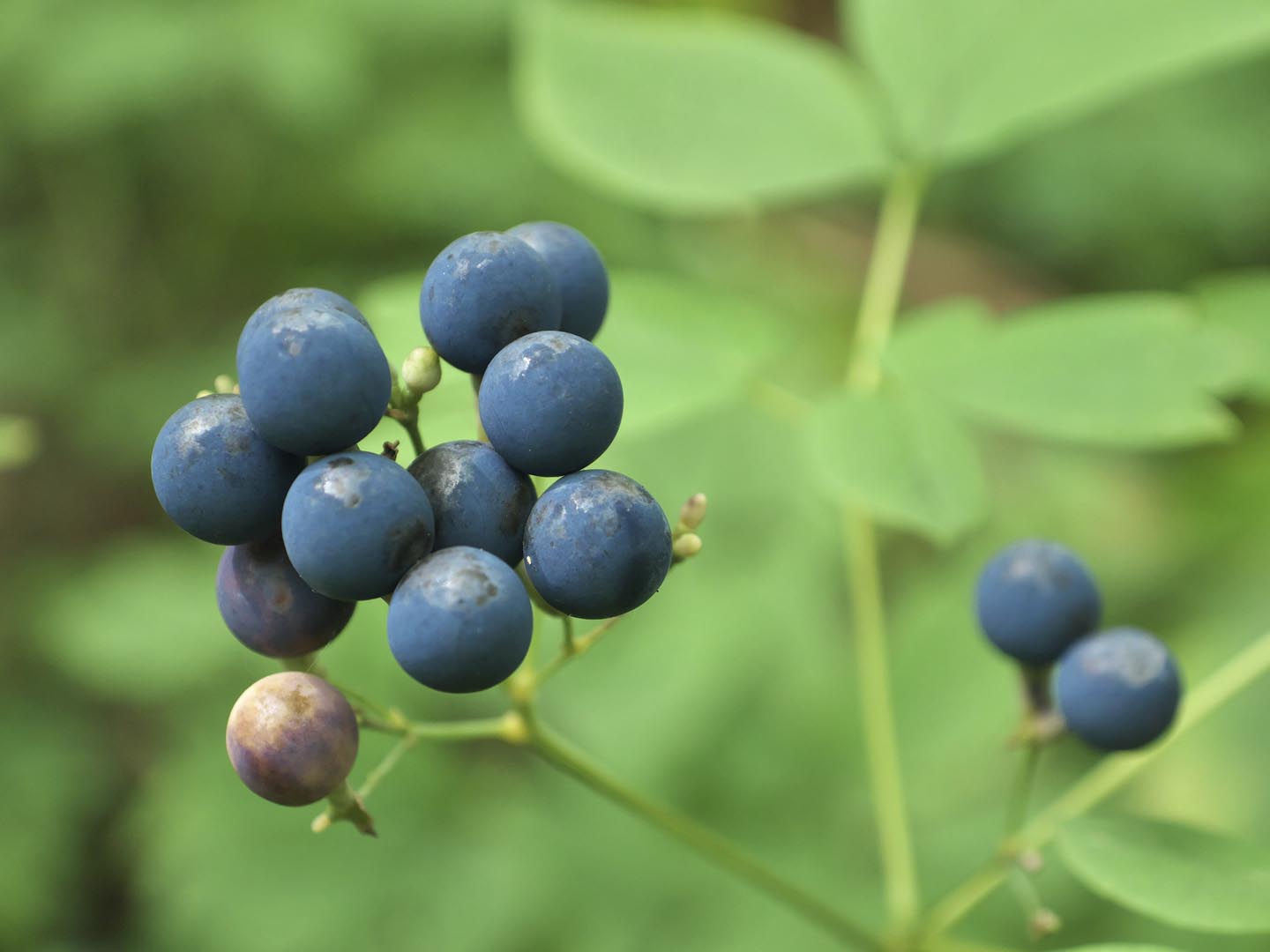 Blue cohosh is an indigenous North American flowering herb that grows in rich moist soil in wooded areas along the east coast of the U.S. and Canada. It has small yellow-green flowers, blue-hued berries and yellowish roots. Blue cohosh was commonly referred to as “squaw root” because of its use by Native American women as an aid for childbirth, however this term is not generally used anymore because of its derogatory nature. Don’t confuse blue cohosh with black cohosh, an unrelated herbal remedy also used for women-specific health conditions and considered much safer than blue cohosh.

Blue cohosh was used for the treatment of a number of conditions including uterine inflammation, arthritis and heart failure, however its primary use was for labor induction during childbirth. Blue cohosh was popular amongst physicians and midwives during the 19th century and was an official drug in the United States Pharmacopeia until 1890.

Despite its long history of traditional use, there is no modern evidence that suggests that blue cohosh is either safe or effective during pregnancy.

Usually available as a tincture or in capsules

Follow your healthcare provider’s instructions about any restrictions or interactions.

Some constituents of blue cohosh have been known to interfere with the implantation of a newly fertilized egg in the uterus and to damage the uterus and thyroid. The herb has caused severe birth defects in cattle and lab rats, according to a review from NYU Langone Medical Center in New York City.

In addition, blue cohosh could compromise heart health by worsening chest pain (angina) and high blood pressure and reducing the size of some blood vessels to the heart. This could reduce the flow of oxygen to the heart and, possibly, increase blood pressure.

Because compounds in the herb can act like estrogen, it could have an adverse impact on such estrogen-sensitive diseases such as breast cancer, uterine cancer, ovarian cancer as well as endometriosis and uterine fibroids.

Taking large amounts of blue cohosh can cause headaches and nausea.

Because of safety concerns, blue cohosh is not recommended except under a physician’s or health care professional’s supervision.

Determined by physician or health care professional as part of supervised administration.

I recommend blue cohosh as a treatment for painful menstrual periods, but only under the supervision of a physician or health care professional. Take it for a month, and if this seems to help, continue treatment for another month, then cut the dose in half and gradually reduce it to nothing.