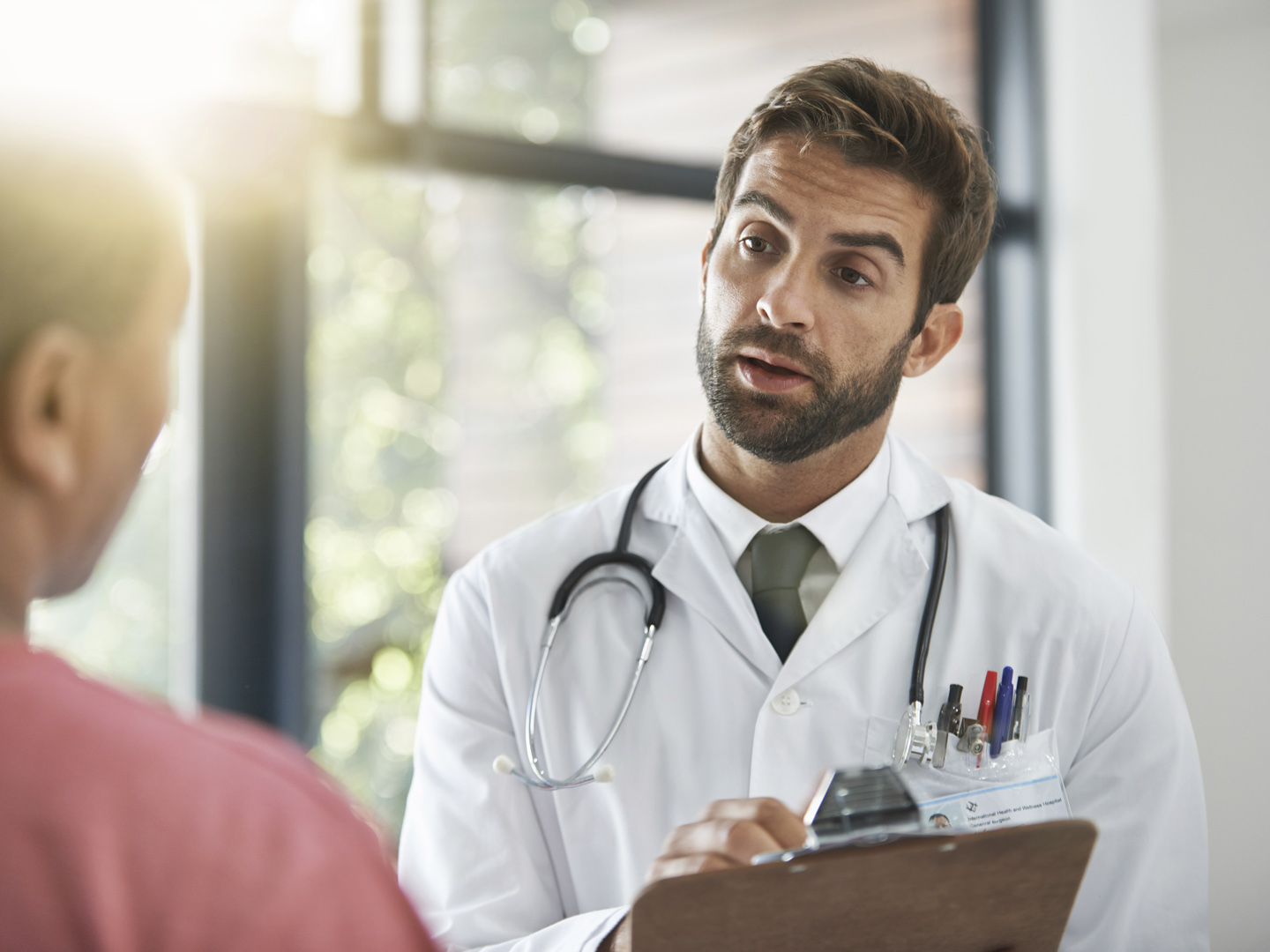 What are gallstones?
Every year, more than one million Americans discover that they have gallstones – hardened, pebble-like deposits in the gallbladder. Roughly 50 percent of those people end up in surgery for the removal of the gallbladder. The stones can range in size from tiny (as small as a grain of sand) to the size of a golf ball. You can develop just one large stone, hundreds of small ones or a combination of large and small stones.

You’re at greatest risk for gallstones if you’re female, overweight, and over 50. Other risk factors include a family history of gallstones, recent rapid weight loss and, among women, pregnancy, using birth control pills, or hormone replacement therapy after menopause. According to the American Liver Foundation, by age 60 nearly 10 percent of men and 20 percent of women have gallstones.

What are the symptoms of gallstones?
About 80 percent of gallstones never cause trouble. But symptoms can develop if a stone (or stones) gets stuck while trying to pass from the gallbladder (where they form) to the small intestine. This can cause intense pain in the upper right of the abdomen (the pain can spread to the chest, shoulders, or back and sometimes is mistaken for a heart attack). Other symptoms can include nausea, chronic indigestion and vomiting. Surgery to remove the gallbladder usually is recommended if attacks become frequent and intense.

What causes gallstones?
Gallstones form from cholesterol and bilirubin, a waste product, both of which are found in bile, a liquid that helps the body digest fats. Bile is made in the liver and stored in the gall bladder until needed. Excess cholesterol and bilirubin can harden into gallstones. About 80 percent of all gallstones are composed of hardened cholesterol. The rest are made of bilirubin. Symptoms occur when a gallstone blocks the duct that carries bile from the liver to the small intestine.

What is the conventional treatment of gallstones?
Treatment for painful gallbladder attacks due to gallstones is removal of the gallbladder. Fortunately, today’s surgery, a procedure called laparascopic cholecystectomy, is easier on patients than the operation of the past, which involved making a large incision in the abdomen. Surgeons now make several small incisions through which they insert their instruments and a small video camera in order to view, detach and remove the gallbladder. Because no abdominal muscles are cut, there is less pain, faster recovery and fewer scars than with the old operation. Most patients recover within days.

In some cases, treatment with the drugs ursodeoxycholic acid (Actigall) or chenodiol (Chenix)can dissolve the stones, and may be used as an alternative to surgery. However, this treatment can take months, and stones can recur. Another approach, lithotripsy, involves the use of sound waves to break up gallstones. However, this procedure is considered appropriate only for patients who cannot undergo surgery. It works best on single stones that are less than two centimeters in diameter. Risks include pain and pancreatitis, an inflammation of the pancreas, which can occur within a month of treatment. There is also the chance that not all of the stone fragments will pass through the bile duct out of the gallbladder, leaving patients at risk for future and potentially serious problems.

After gallbladder surgery, some patients continue to have symptoms including intermittent pain, bloating, gas and nausea.

What therapies does Dr. Weil recommend for gallstones?
There are no alternative treatments for symptomatic gallstones; that is, gallstones that are causing pain and other problems. But since most stones are composed of cholesterol, diet plays a role in their formation. If you are at risk of developing gallstones, you may be able to prevent them or prevent symptoms from worsening with these measures: