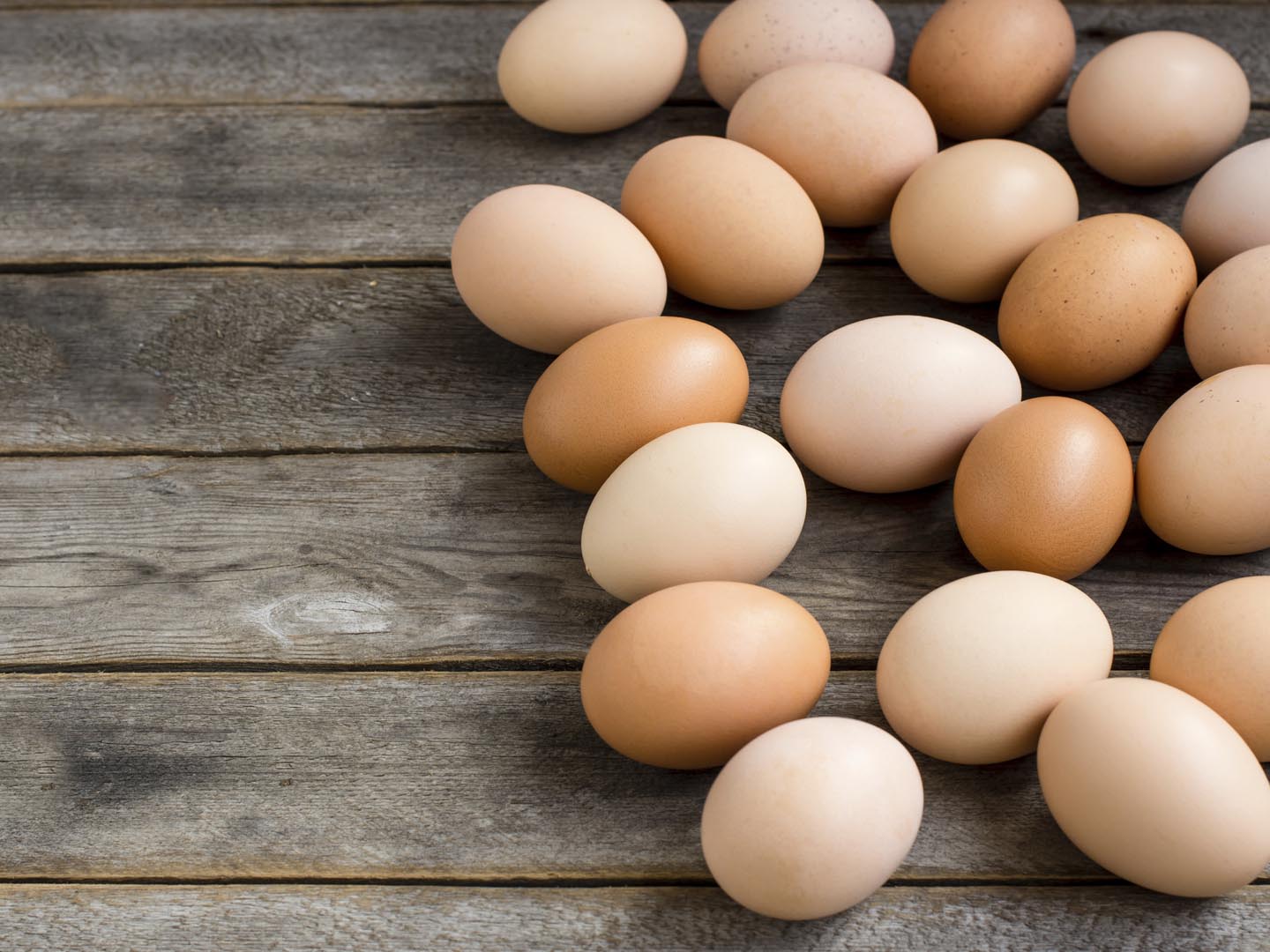 What is salmonellosis?
Infection from salmonella bacteria is a leading cause of food poisoning in the United States and Europe. The U.S. Centers for Disease Control identifies salmonellosis, mainly from eggs, as an important public health problem with over 100,000 estimated cases each year. Because many milder cases are not diagnosed or reported, the actual number of infections may be 30 or more times greater. Infections are more common in the warmer months, and affect children more than adults.

What are the symptoms?
Symptoms include fever, abdominal cramps, nausea, diarrhea, and vomiting that begin 12 to 72 hours after ingesting contaminated food. The illness can last four to seven days. Although most people recover without antibiotic treatment, those who develop severe diarrhea may need antibiotics and hospitalization for dehydration. In severe cases, the bacteria enters the bloodstream and can cause infections in distant sites in the body. The illness tends to be most serious in the elderly, infants, and those with impaired immune systems.

What are the causes?
The two most common types of salmonellosis in the United States come from Salmonella typhimurium and Salmonella enteritidis. You can get salmonellosis by eating food contaminated with the bacteria, which can happen during food processing or food handling, especially when handlers do not wash their hands after using the bathroom. Salmonella can also be found in the feces of some pets, especially those who have diarrhea. Contamination can occur if you come in contact with pet feces without proper hand washing.

Reptiles, baby chicks and ducklings, and small rodents such as hamsters, are particularly likely to carry salmonella on their skin or shells (especially turtles). Adults and children should always wash their hands well immediately after handling any of these animals, even if they appear to be healthy.

What is the conventional treatment?
Salmonella infections usually resolve in five to seven days and often do not require treatment other than oral fluids. Frequent sips of an electrolyte-replenishing drink (such as Pedialyte) are recommended – drink six to eight ounces for each larger stool you have. Some physicians will recommend a milder diet consisting of broths (such as chicken soup), toast, pasta, bananas and applesauce. However, there is not sufficient research to suggest that this restricted diet is significantly better or more likely to speed recovery than is any other generally balanced diet. Try to eliminate foods that are high in fat and sugar during this time, and avoid spicy foods, alcohol, and coffee while symptoms are present and for at least two days afterward.

Persons with severe diarrhea may require hospitalization and rehydration with intravenous fluids. Antibiotics, such as ampicillin, trimethoprim-sulfamethoxazole, or ciprofloxacin, may actually prolong the infection and are not usually necessary unless the bacteria spreads from the intestines into the blood or if bloody stools are noticed. Some Salmonella bacteria have become resistant to antibiotics, largely as a result of large-scale commercial agriculture’s use of antibiotics in animal feed.

What therapies does Dr. Weil recommend for salmonellosis?
Relatively little can be done to speed healing once the condition has manifested, so prevention is key. To prevent contracting salmonellosis from eggs – a common carrier – remember that this bacteria gets into eggs even before the shells are formed by invading the ovaries of healthy-appearing hens. You can’t tell from looking at an egg whether or not it is contaminated, but you can destroy the bacteria and prevent illness with proper handling and cooking of eggs, which means:

Cook meat until it is thoroughly done. Use a meat thermometer to be certain meats are cooked to an internal temperature of at least 160 degrees Fahrenheit. Do not use the color of the meat (such as when it is no longer “pink”) to tell you that it is done. After working with raw meat or other animal foods, be sure to wash your hands thoroughly with hot water along with all cutting surfaces and utensils to avoid transferring bacteria from one kind of food to another. Be especially careful with wood cutting boards, which are more absorbent than plastic ones.

Avoid raw or unpasteurized milk, cheese, or other dairy products. Any produce, even organic, may harbor bacteria so be sure to peel those fruits and vegetables that can be peeled and wash the rest before eating. Use a small amount of diluted dish detergent and a vegetable scrubber, followed by a warm water rinse to remove residues and any food-grade wax.

When eating out at a salad bar, make sure that the vegetables are well chilled (kept over ice) and that the food is properly shielded with a sneeze guard or hood. Avoid any items that look old or dried out.

Do not handle food or water for others when you have an active salmonella infection, and remember to always wash hands after contact with animal feces. Since reptiles are particularly likely to carry salmonella bacteria, wash your hands immediately after handling them. Consider not having reptiles (including turtles) as pets, especially if you have small children, an infant or an elderly adult living with you.

Finally, keep up-to-date on salmonella outbreaks. The website of the Centers for Disease Control (CDC) lists all reported or suspected outbreaks and the geographical areas that are affected. It also lists recalls of contaminated food and food products.