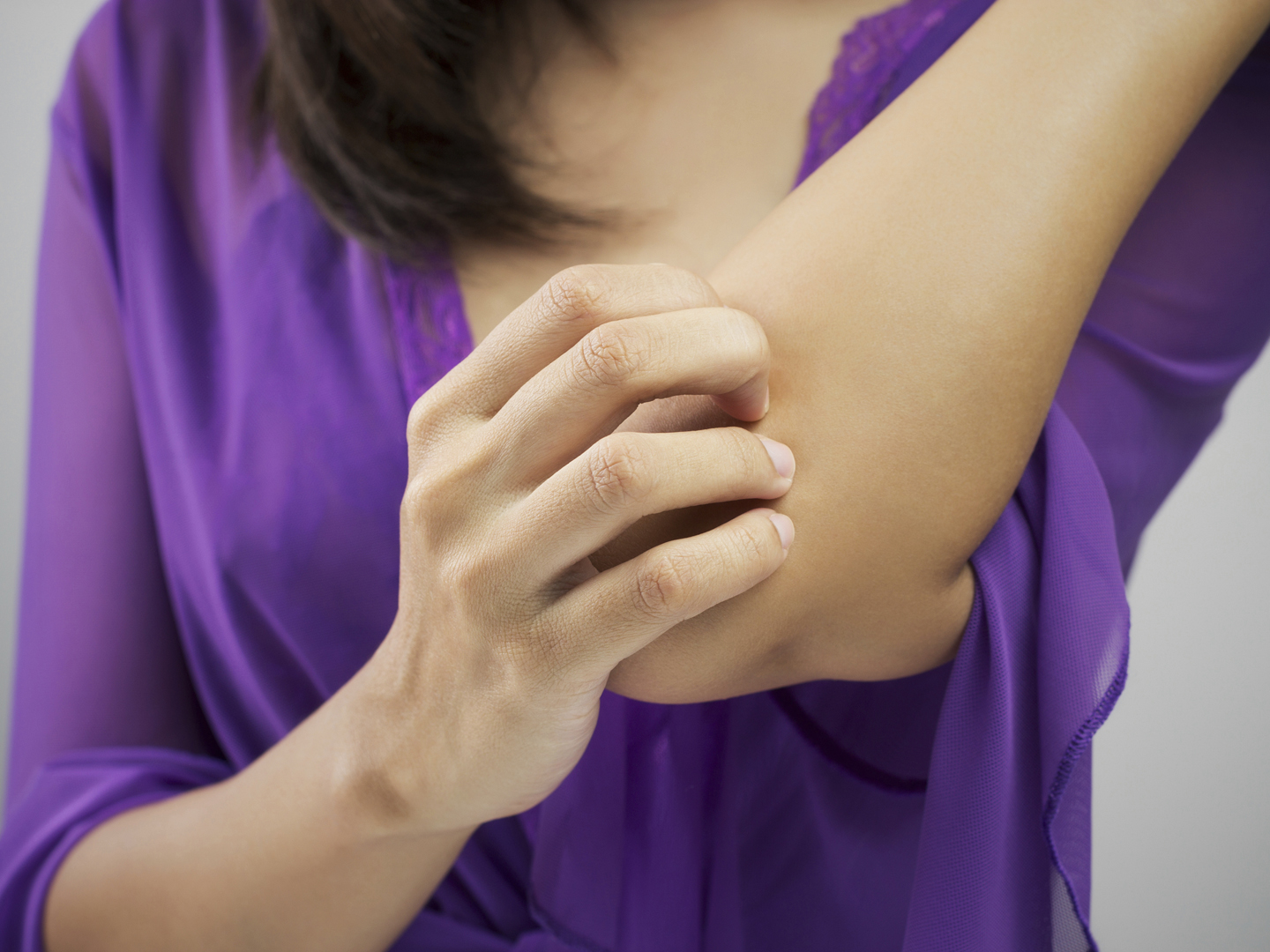 What is ringworm?
Ringworm (tinea), also known as dermatophytosis, is a common infection that causes itchy red patches on a person’s skin. It is very contagious and, despite its name, is caused by a fungus, not a worm.

What are the symptoms?
Symptoms vary based on the location and extent of the infection. The main symptom of ringworm is a raised, circular rash that is red, and very mildly inflamed with scaling edges and clear, normal skin in the middle. It is typically very itchy and may blister and ooze. This ring-shaped rash can be caused by a number of different fungi and occur anywhere on a person’s skin (tinea corporis), scalp (tinea capitis) , or nails (tinea unguium). When ringworm affects the feet, it is called athlete’s foot (tinea pedis); when it occurs in the groin area, it is called jock itch (tinea cruris).

What are the causes?
Despite its name, ringworm is caused by a fungus, not a worm. It occurs when tiny fungi attach to themselves to a person’s body, much like parasites. Known as dermatophytes, these fungi live on the cells in the outer layer of the skin.

Ringworm is extremely contagious and can spread from person to person through contact with the skin. It can also spread to a person from contact with animals, including cats, dogs, ferrets, rabbits, goats, pigs, and horses. Touching objects that have come in contact with an infected person, such as towels, bedding, shower or pool surfaces, and combs or brushes, can also spread ringworm. In rare cases, people can catch ringworm from soil infected with the fungus.

Who is likely to develop ringworm?
The fungi that cause infections tend to grow and spread in areas that are moist and warm. Ringworm is more prevalent in the summer and can affect people of all ages. The following factors can raise the risk of developing ringworm:

How is ringworm diagnosed?
Doctors typically diagnose ringworm based on the appearance of a person’s skin. In some cases, a sample of skin scrapings may be taken and examined under a microscope to confirm the diagnosis.

What is the conventional treatment?
Ringworm often responds to self-care measures and clears up on its own within about four weeks. These measures include:

If ringworm is severe, covers large areas of the body, or doesn’t respond to self-care measures, conventional doctors may prescribe stronger topical antifungal medication or oral drugs such as Sporanox and Diflucan. These drugs can have unwanted side effects, including rash, stomach upset, and abnormal liver function, and their use may interfere with the anticoagulant drug warfarin (Coumadin).

What therapies does Dr. Weil recommend for ringworm?
The best therapy is prevention. Reducing the amount of moisture the feet are exposed to and wearing footwear that can breathe helps prevent both infection and recurrences. Changing socks frequently (especially in warm weather and after sports activity), and thoroughly drying the feet and spaces between the toes after swimming or bathing are also helpful strategies.

In addition to the self-care measures described above, Dr. Weil recommends eating one or two cloves of raw garlic, a potent antifungal agent, a day. He also notes that tea tree oil works as well as pharmaceutical antifungal products without their side effects. Apply a light coating to affected areas three or four times a day, and continue to apply it for two weeks after the infection disappears to make sure the fungus is eradicated.