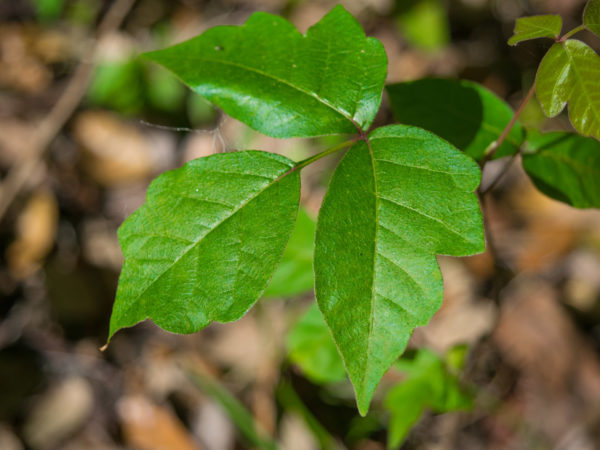 What Is Poison Ivy?

Poison ivy, along with poison oak and sumac, is a non-flowering plant that can cause allergic reactions after skin contact, with symptoms ranging from mild to severe. Poison ivy is found throughout the United States and Canada, except for in the far West, desert areas and high altitudes.

What Are The Varieties Of Poison Ivy?

What Are The Causes?

Poison ivy is usually contracted by touching the leaves of the poison ivy plant and absorbing the oil present in the leaves, vines, and root. This oil, called urushiol, causes an allergic reaction after the first sensitizing exposure. Contact with poison ivy usually results in a reaction, typically an itchy, red rash with bumps or blisters.

Who Is Likely To Get Poison Ivy?

Susceptible people who spend time around poison ivy are at risk. Also, poison ivy oils can cling to humans, animals and fabrics, and can be spread via secondary contact rather than by touching the plant itself. A reaction can also be triggered via inhaling smoke from a fire that contains poison ivy. Some people appear to be immune to poison ivy, and others can become immune over time, but immunity to poison ivy can come and go – never assume immunity will continue indefinitely.

What Are The Symptoms, How Is It Diagnosed, And How Can You Prevent Its Spread?

The allergic reaction to poison ivy usually starts with a small itchy area that grows into a rash that is itchy and red with bumps or blisters. It can appear wherever contact was made with the oils of the plant, typically exposed areas such as hands and arms, legs and feet. Since it can be transferred to other areas of the body, you should avoid touching other parts of the body immediately after exposure. However, once the rash has appeared, the oil has been absorbed and the chances of spreading the reaction to other people and other areas of the body are limited, although urushiol oils left on clothing and pets can still be transferred to skin. If liquid-filled blisters emerge, they contain mostly water and will not spread the rash they break.

Prompt treatment – within a few hours of exposure – can limit symptoms. Rinsing affected areas with plenty of cold water immediately after exposure can help. Washing with rubbing alcohol within the first few hours may also help remove the oil. An over-the-counter product known as Tecnu lotion also works well to remove the oil up to 24 hours after contact. Call your physician as soon as possible after exposure for early treatment options.

If the itching has begun to develop, run hot water – as hot as you can stand – on the affected areas. The itching will briefly become intense, but then will stop for several hours, as the nerves that convey the sensory information to the brain become overloaded and quit. Repeat the hot water treatment as necessary. Itching may also be relieved with calamine lotion. Skin irritated by scratching can be soothed with aloe vera gel. Help prevent future cases of poison ivy by knowing what poison ivy looks like and avoiding it, and wearing protective clothing when in areas where it may be present.

What Is The Conventional Poison Ivy Treatment?

Serious cases of poison ivy require medical supervision and prescription treatment – contact your physician if you run a fever of 101 degrees or higher, if blisters ooze pus, or if the rash is widespread or near sensitive areas such as eyes, mouth or genitals. Less serious cases of poison ivy can be treated with over-the-counter remedies such as creams that block the oil from getting into your skin.

What Are The Natural Remedies For Poison Ivy Dr. Weil Recommends?

Dr. Weil recommends witch hazel (Hamamelis virginiana) to treat poison ivy blisters. Available in liquid distillation, it is available at any drug store. It can be used by adults and children; apply topically as needed.