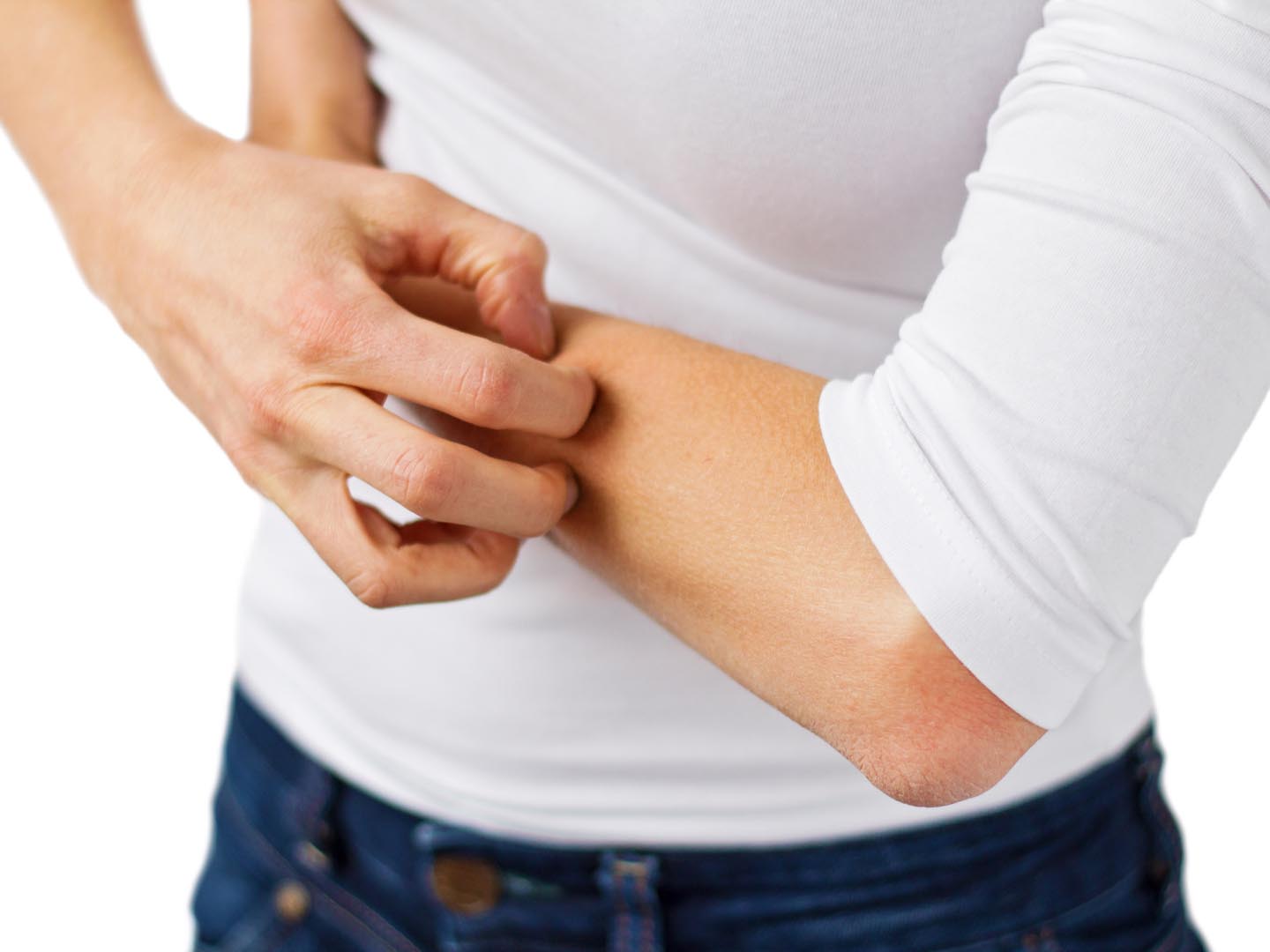 In prurigo nodularis (PN), hard crusty lumps form on the skin. They are intensely itchy, especially at night, and sometimes even the lightest touch of clothing can set off the itching. The lumps are typically about a half an inch across and usually occur on the arms, shoulders and legs, where they are easily scratched. In fact, PN is the end result of habitual scratching, which causes nerves in the skin to thicken and send very strong itch signals. The more you scratch, the worse the itching. The initial cause of this condition varies from person to person and can be anything from nervous and mental conditions and reduced function of the liver and kidneys, to other skin diseases including eczema. In many cases, the cause is never found.

PN can develop at any age. It once was believed to occur more often in women, but we now know it affects men and women equally. Up to 80 percent of PN patients have a personal or family history of eczema, asthma, or hay fever (compared with approximately 25 percent of the general population).

As in your mother’s cases, effective treatment is often elusive. Many patients go from doctor to doctor in search of something that will bring relief from the constant itching. Conventional therapy usually begins with prescription steroid creams. If they help, milder creams can be substituted for long-term control, but often several classes of drugs are needed, including antihistamine creams or antihistamines in capsule or tablet forms. Treatment can also include antidepressants and, sometimes, non-prescription Zostrix (capsaicin) cream. In severe cases, the lumps can be frozen off with liquid nitrogen spray. Oral steroids or phototherapy that combines the drug psoralen with ultraviolet light may also be recommended.

I suggest that your mother try hypnosis, which is often very effective for skin conditions. She also might consult a practitioner of traditional Chinese medicine, and homeopathic remedies might be of benefit as well.