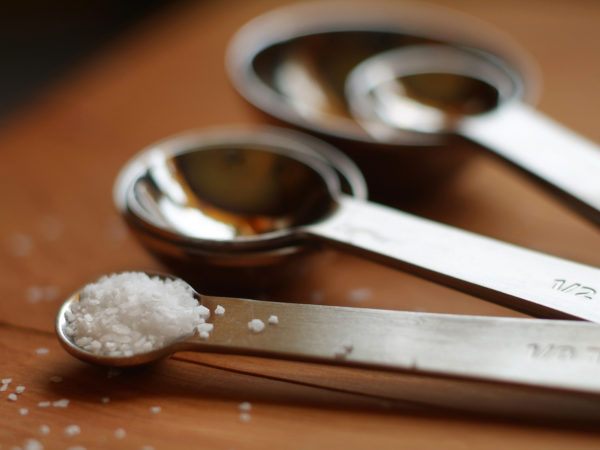 Tonsil stones (also known as tonsilloliths) are bits of debris – dead cells, mucus, and bacteria – that collect in the crevices of your tonsils and calcify over time. They tend to be small, about the size of a pencil eraser, although I’ve read reports that some can become much larger – up to an inch in diameter. The stones tend to occur among people who have repeated bouts of tonsillitis, and may have become more prevalent as the rate of performing tonsillectomies declined.

Tonsil stones usually don’t cause symptoms, but when they do, the one that’s most notable is bad breath due to the build-up of bacteria that feed on the debris. If you have bad breath for which another cause can’t be found, tonsil stones might be responsible. A study from Brazil published in 2008 found that they were present in 75 percent of all tonsillitis patients who had bad breath, and in only six percent of those who had normal breath.

Another common symptom of tonsil stones is sore throat. Other concerns include trouble swallowing, ear pain (the tonsil area and ear share nerve pathways), and tonsil swelling. Occasionally, you can see a tonsil stone in your throat – it looks like a little white lump.

The good news is that while these stones may be annoying, even painful, they’re not dangerous. And they’re often easy to get rid of. Some people can dislodge them with a (clean) finger or cotton swab or by firing a Waterpik at them.

If you can’t dislodge a stone, gargling with salt water (one-quarter teaspoon of salt in a cup of warm water) can help ease the discomfort they can cause. A surgeon can remove large ones, using a local anesthetic. Antibiotics are sometimes prescribed for symptomatic relief but won’t correct the problem.

The only way to get rid of troublesome or recurrent stones once and for all is to have your tonsils removed. But since that requires general anesthesia and carries the risk of complications, it usually isn’t recommended unless people haven’t been able to control tonsil stones with less drastic methods.