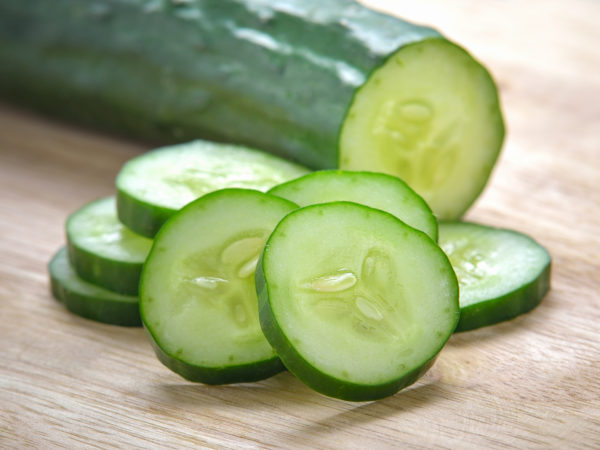 My Russian former girlfriend tells a story of the trouble her father went to secure a box of fresh bananas during a St. Petersburg winter after the fall of the Soviet Union. She discovered the hidden box and ate them all. Fresh, out-of-season food is an advantage we take for granted.

But even so, pickling has its charms – in Russia, a toast to your health or the future and a sip of vodka was always followed by a pickle.

Though almost any vegetable can be pickled, here in the good old United States of America, we have the pickle, which is always a pickled cucumber. And it is good. Dr. Weil and I both agree that to eat pickles is human, to make your own divine.

Making your own pickles properly begins with growing your own cukes. Cucumbers, Cucumis sativus, fare well in containers. Containers heat up and dry out faster than the ground. Cucumber roots prefer warm soil and they don’t like “wet feet,” that is, they don’t like soggy soil. They do well in raised beds for the same reason. Make a small mound in your garden soil about four or five inches high to get a similar effect. Choose a spot near a wall or plan to trellis your cucumber vines. Sow four or five evenly spaced seeds in the mound, leaving a couple inches between seeds. Choosing the two strongest, healthiest seedlings after the first few leaves have emerged, snip any other seedlings back with a pair of scissors. Avoid pulling out seedlings in proximity to those you wish to save because you may damage otherwise healthy roots.

Though cucumber roots will rot in saturated soils, because of their large leaf surface area and their preference for full sun, it is important to keep them moist enough to prevent the plants from withering. A rich soil will promote healthy green growth, though I will often foliar feed younger plants with liquid kelp to stimulate leaf production. A single feeding of potassium at blossom will ensure fruit production. I generally blend a small amount of organic vegetable fertilizer from the nursery into my cucumber mounds at seed-sowing time. When the plants have six to eight leaves, the growing tip may be pinched out to encourage a bushier habit and female flowering. Female flowers, as with any sexed plants, mature to produce the fruit. Greenhouse cucumbers, which require special care, are hybrids that produce only female flowers.

Slugs and snails will lumberjack young cucumber seedlings, so if you live in an area prone to them, be proactive to prevent their damage. A copper ring like a crown on your cucumber mound will repel them. A pie dish sunk to ground level and filled with beer will attract and drown them. But hand-picking by flashlight at dusk works best. Peek under pots and low leaves. Though I don’t condone eating snails, making soup out of them is preferable to dumping a bucket of them in the street.

Cucumber mosaic virus can attack individual plants. Yellow mottled and distorted leaves are its symptoms. The afflicted plant should be removed immediately and burned. As certain cultivars age, they become susceptible to fungal rot.

Striped cucumber beetles, Acalymma vittata, are perhaps the cucumber grower’s worst enemy. They are easily identified by their yellow to orange and black stripes. Adults emerge in spring to eat leaves and pollen. When cucurbits (squash and melon plants) begin to sprout, adult beetles lay their larvae around the base of the plant. Larvae feed on the roots. When cucumbers and other cucurbits flower, the beetles will devour en masse the tiny yellow flowers of the cucumber. They also transmit bacterial wilt and mosaic virus from infected plants. Excluding them with a light insect barrier or using organic controls like pyrethrum or neem oil might work. Hand-picking is also advisable. Though they have decimated the flowers thus preventing fruit development on many cucumbers I have grown, I have always gotten enough cukes to eat some fresh and to pickle the rest.

Pickles can be made from any variety of cucumber. There are specific varieties, most notably the gherkin, bred for pickling. Pick immature fruit at the size of your preference, between two to six inches for pickles. Burpless varieties have been bred to ease digestive difficulties some individuals have with cucumbers.

A couple of compounds present in cucumber prevent water retention. This might be why one of its more absurd uses is to treat puffy, aging eyes. Burns and dermatitis benefit similarly. Cucumbers contain potassium, vitamin C and folic acid. The skin contains silica, potassium, magnesium and molybdenum.

It irks me that “to be as cool as a cucumber” is a good thing and (a phrase from Shakespeare no less) to be “in a pickle” is a bad thing. If you’re like me and you’re not really fond of the cucumber but find it difficult to imagine life without the pickle, start to turn the semantic tide: as often as possible, proclaim yourself “as proud as a pickle.” 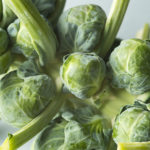 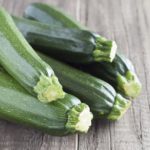 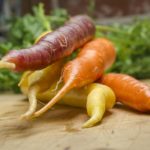