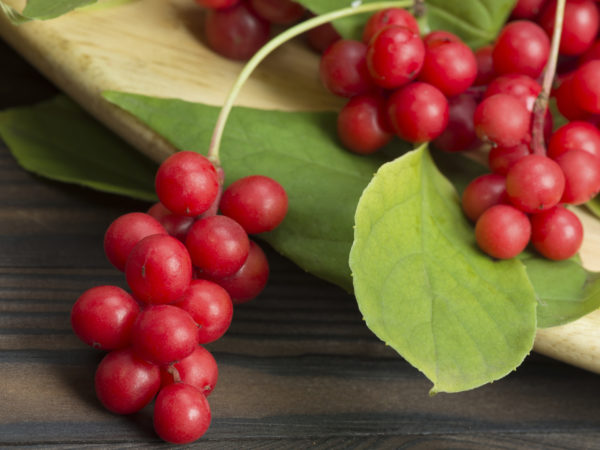 Schisandra (Schisandra chinensis) is widely used in traditional Chinese medicine. The plant is native to East Asia, where it is called Wu Wei Zi, which means “five flavor fruit,” because the berries possess all five basic flavors: salty, sweet, sour, pungent, and bitter. Schisandra has been used as a treatment for cough, wheezing, diarrhea, indigestion, flu, premenstrual syndrome and spontaneous sweating. Tieraona Low Dog, M.D., an internationally recognized expert in the fields of integrative medicine, dietary supplements and women’s health, and an authority on botanical medicine, rates it highly as a tonic to promote strength and stamina.

Dr. Low Dog also notes that animal studies have shown that schisandra has a beneficial effect on the liver. I’ve known a number of patients who have addressed chronic hepatitis by using it in conjunction with other Chinese herbs – a natural treatment protocol developed by Dr. Qingcai Zhang in New York, (Sinomed Research).

Some laboratory studies have shown that schisandra can protect the heart from the toxic effects of adriamycin, a chemotherapy agent, but this hasn’t been studied in humans. Dr. Low Dog tells me that the recommended dose of schisandra fruit ranges from two to eight grams per day, and that the herb is considered relatively safe when used appropriately. Although side effects are not common, she says that schisandra can cause stomach upset and sometimes a skin rash. The stomach problems may include heartburn, acid indigestion, decreased appetite, and pain.

I wouldn’t worry that you have poisoned your digestive system by taking schisandra, especially if you’ve been using doses in this range. It’s more likely that you’ve encountered the uncommon but recognized side effects, which will subside when you discontinue use or reduce the amount you are taking.