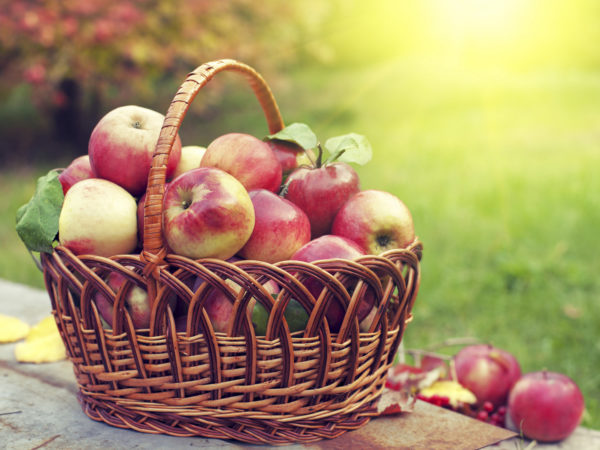 A study published in October, 2014, did show that compounds in Granny Smith apples may help prevent disorders associated with obesity, but did not find that eating the apples themselves had an effect on weight loss. Researchers at Washington State University set out to learn whether non-digestible compounds in apples – specifically fiber and polyphenols (health protective antioxidants) – could help prevent obesity-related disorders such as diabetes. They tested Granny Smith, Braeburn, Fuji, Gala, Golden Delicious, McIntosh and Red Delicious varieties for the amount of nondigestible compounds they contain, and found that Granny Smith contained the most.

In addition, they concluded that the high content of fiber and polyphenols in Granny Smith apples promotes the growth of friendly bacteria in the colon, and reported that these compounds “actually changed the proportions of fecal bacteria from obese mice to be similar to those of lean mice.” They suggested that this change could help prevent some obesity-related disorders, including the low-grade, chronic inflammation that can lead to diabetes. This follows research showing that the balance of bacterial communities in the colon of obese people is disturbed, resulting in microbial byproducts that lead to inflammation and influence the metabolic disorders associated with obesity.

Apples have a long list of health benefits in addition to the ones reported by the Washington State research team. During the 2014 World Cup soccer matches in Brazil, news reports noted that the television sports announcers ate apples to moisten their vocal cords. Over the years, studies have shown that eating apples can reduce the risk of heart disease as well as colon, liver, prostate and lung cancer.

As far as the health benefits of specific types of apples are concerned, a 2005 Canadian study ranked Red Delicious, Northern Spy and Ida Red as highest in antioxidants and reported that polyphenols, the major antioxidants in apples, are five times more prevalent in apple skin than in the flesh. Note, however, that while Northern Spy apples have fewer polyphenols in the skin than Red Delicious, they have twice as many in their flesh. The study was published in the June 29, 2005, issue of the Journal of Agriculture and Food Chemistry.

When choosing apples, I recommend buying organic ones in season from local farmers. Store them in the refrigerator to prevent them from over-ripening and to preserve their flavor. I don’t recommend eating the skins of non-organic apples. Bear in mind that apples that are not organic are often found on the Environmental Working Group’s “Dirty Dozen,” its annual list of fruits and vegetables with the most pesticide residues.