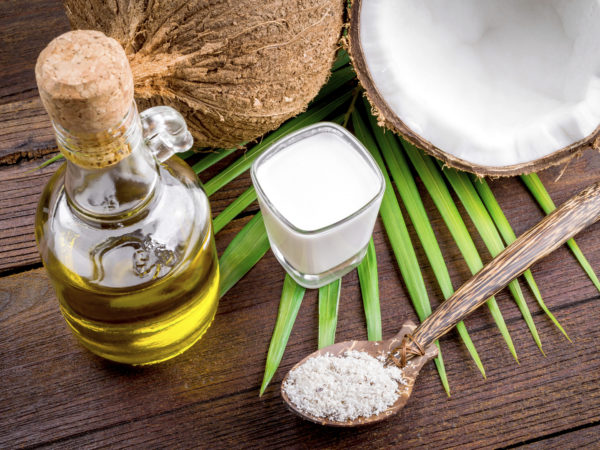 Coconut oil has been in the news recently as a result of a June 2017 American Heart Association review that advised against its use. The review makes the point that coconut oil is 82 percent saturated fat and is as bad for your heart as other oils high in saturated fat, including butter, beef fat, and palm oil. The reviewers did note that 72 percent of the American public considers coconut oil a healthy food, while only 37 percent of nutritionists share that opinion. The AHA reviewers chalked up the difference to the successful marketing of coconut oil and cited seven studies showing that it raises levels of LDL (“bad”) cholesterol as much as butter, beef fat and palm oil do. We know that high LDL is risk factor for cardiovascular disease.

These findings are not new. We’ve long known that coconut oil can raise LDL cholesterol levels and therefore poses a threat to the heart. For that reason, I continue to recommend that it should play only a very limited role, if any, in your diet.

Don’t be fooled by claims that Pacific island populations who consume lots of coconut (though not necessarily coconut oil) have low rates of heart disease. That may be true, but their traditional diet – rich in fish, fruit and vegetables and lacking in refined sugar, soft drinks and processed foods – is quite different from ours.

The claims that coconut oil can help you lose weight frequently cite the fact that it is mostly composed of medium-chain triglycerides (MCTs), which go from the intestinal tract directly to the liver where, it is believed, they are burned off as fuel rather than stored in body fat. The one study that carefully examined the effects of coconut oil on weight loss was a very small one, with only 40 women participating. Half of them used two tablespoons of coconut oil for cooking daily while the others used soybean oil. All the participants cut 200 calories from their daily diets and exercised four days a week. After three months, the women in both groups had each lost about two pounds. In other studies, dieters who used MCT-rich oil extracted from coconut lost more weight than those who used vegetable oil, but the losses reported were modest. To date, no study has shown that using coconut oil leads to significant weight loss.

It is possible that coconut oil is less harmful than other saturated fats, but I prefer to put it on my skin rather than eat it. I enjoy eating fresh coconut and use coconut milk occasionally, but I do not use coconut oil and I don’t like the texture it imparts to foods; to me it has a “heavy” mouth-feel.