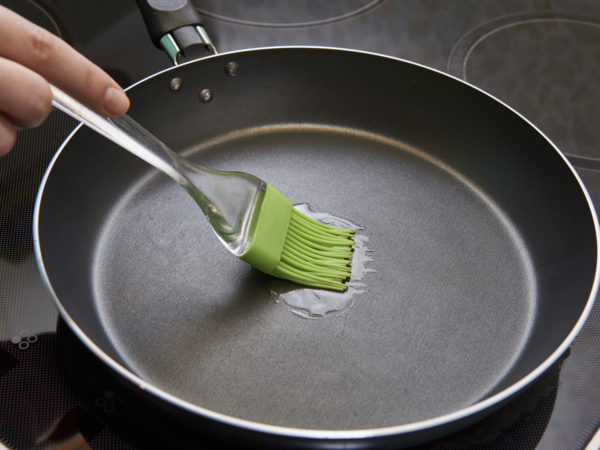 Cooking sprays were introduced in the 1950s and have since been used as a way to cut the amount of fat used in preparing food. While these sprays are safe, I strongly recommend that you buy them in pump bottles rather than as aerosol sprays. In 1978 the United States government banned the use of chlorofluorocarbons (CFCs), propellants commonly used in aerosol sprays of all kinds because of evidence that they were causing holes in the ozone layer. Today’s propellants aren’t as damaging to the environment, but there is evidence that some of the replacement propellants (not necessarily those in cooking sprays) may contain chemicals that pose health risks if inhaled.

On the plus side, cooking sprays can cut the amount of fat you use in baking, grilling and stovetop cooking, but you do have to be careful not to spray too liberally. For example, if you spray for five seconds, you could add as much as 35 calories to your food. The trick to using these sprays is to follow directions on the can and spray for the amount of time specified, often a third of a second (which can be difficult to calculate).

Incidentally, you can make your own cooking spray by pouring olive oil in a pump bottle or combining olive oil with lecithin (derived from soy), which acts as an emulsifier. If you just want to cut back on the amount of oil you use, instead of pouring it, apply it to pans with a pastry brush.

You also have to be careful about how you store cooking sprays. Be sure to keep them away from light and heat (but don’t refrigerate) and, although some manufacturers say these products are good for two years, you’re better off replacing a can after six months. Over time, the oil will go rancid.