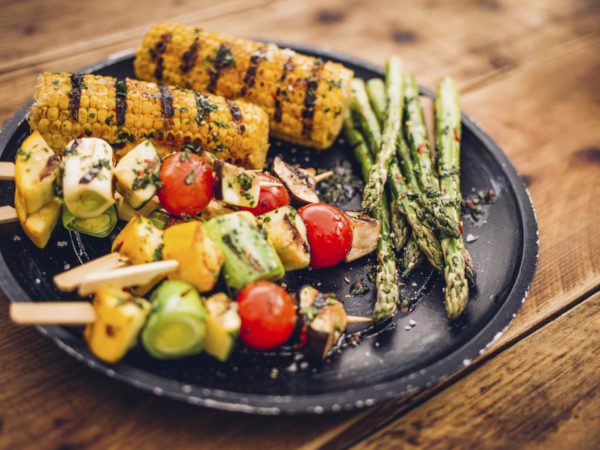 The raw food diet is exactly what it appears to be – a diet in which you eat only foods that can be consumed raw or after minimal heating. On the plus side is the fact that it provides plenty of fruits, vegetables, seeds and nuts, all of which should be part of any healthy diet. You also get plenty of fiber and no processed food. And, because you don’t eat animal foods – meat, fish, or poultry – you avoid the contaminants they may contain. Another advantage: there’s little danger that you’ll consume too much protein or fat or the wrong kind of fat.

However, I’m not a proponent of the raw foods diet. First of all, when you eat everything raw, you lose much of the best flavor, texture and appearance of food. More importantly, however, is the fact that many of the vitamins and minerals found in vegetables are less bioavailable when you eat these foods raw than when they’re cooked. For example, you can get lycopene, the carotenoid pigment that protects against prostate cancer, only from cooked tomatoes, not from raw ones. The carotenoids in carrots are more bioavailable from cooked carrots than they are from raw ones.

Another disadvantage stems from the fact that many of the natural toxins in edible roots, seeds, stems and leaves are destroyed by cooking. Alfalfa sprouts contain canavanine, a natural toxin that can harm the immune system; button mushrooms contain natural carcinogens, and celery produces psoralens, compounds that sensitize the skin to the harmful effects of ultraviolet radiation in sunlight. All of these are broken down by simple cooking. Although our bodies have natural defenses against these toxins, a raw food diet can add to the toxic load we’re already dealing with.

The latest word on raw food diets comes from a new study which shows that vegetarians who eat only raw foods have abnormally low bone mass, a sign that they may be vulnerable to osteoporosis. The study, published in the March 28, 2005 issue of the Archives of Internal Medicine, found that other markers for bone health among the raw foods group were normal. However, the intake of calcium and vitamin D was very low (only 579 mg per day of calcium and 16 units of vitamin D) among those on the raw foods diet compared to 1,093 mg of calcium and 348 units of vitamin D among a control group that ate a typical American diet.

The raw foods group consumed fewer calories than the control group and had a body mass index (BMI) averaging 20 (in the normal range) compared to just over 25 in the control group. While this BMI sounds healthy, 20 was the average, suggesting that it was lower among some of the study participants on the raw foods diet. Those with a BMI of 19.5 or lower are at risk of low bone mineral density because their bones aren’t bearing enough weight, a factor that contributes to bone strength.

This recent study adds new information to the risks a raw foods diet presents. If a vegetarian diet appeals to you, I think you’ll do better if you follow the Mediterranean diet but eliminate meat, poultry and fish.

By the way, I’ve gone to a few upscale raw food restaurants on the east and west coasts. The food was tasty but seemed to me very labor-intensive to prepare and contained way too many nuts.