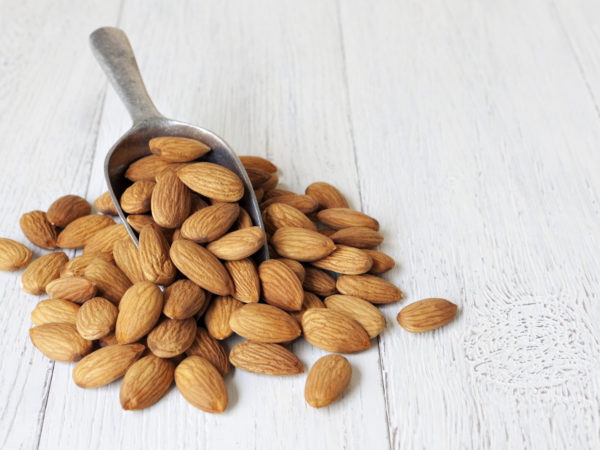 Yes, there is a new government requirement that almonds be pasteurized, but not all almonds must be treated with the controversial chemical most commonly used in the process.

Some background: After two outbreaks of salmonella poisoning linked to almonds, the Almond Board of California proposed mandatory sterilization of the popular nuts. (The board is the trade association for the almond industry; all of the almonds grown in the United States come from California’s Central Valley). The U.S. Department of Agriculture agreed with the proposal, and a regulation was born. The only almonds that are exempt from the regulation are those that are exported and those sold directly to the public at farmers’ markets and roadside stands.

The consumer and industry outcry about the new regulation stems from objections to the usual method of sterilizing almonds, fumigation using propylene oxide (PPO), a chemical classified by the U.S. Environmental Protection Agency (EPA) as a probable human carcinogen. PPO is banned in the European Union, Canada, Mexico, and many other countries. However, with the blessing of the FDA and the EPA, PPO has been used in the United States for decades to sterilize other nuts as well as spices and cocoa powder. Some of the biggest almond growers in California have been using it to pasteurize their products for the past four years.

The growers who haven’t been sterilizing are the little guys, including small organic operators who sell raw almonds. Under the new regulation, which took effect on September 1, 2007, almonds sold as “raw” in the United States will have been pasteurized – not with PPO but with steam. While this method certainly is preferable to using the chemical, the question is whether steam-treated almonds can truthfully be labeled as “raw.”

The other issue is the economic hardship the new regulation may impose on the small growers. The expense of pasteurization may force some of them out of business – the equipment is expensive, and it’s also costly to “farm out” the pasteurization process to bigger growers who own the equipment. Ironically, the salmonella outbreaks that triggered the regulation were traced to one of the biggest almond producers, not to any of the smaller growers.

You can learn more about this issue at www.cornucopia.org, the Web site of The Cornucopia Institute, a watchdog organization for small farmers and organic farming. If you object to the new regulation, I encourage you to contact your elected representatives and urge them to look into this matter. Visit these sites: http://www.house.gov/ and http://www.senate.gov/ to find the names of your representatives and senators.