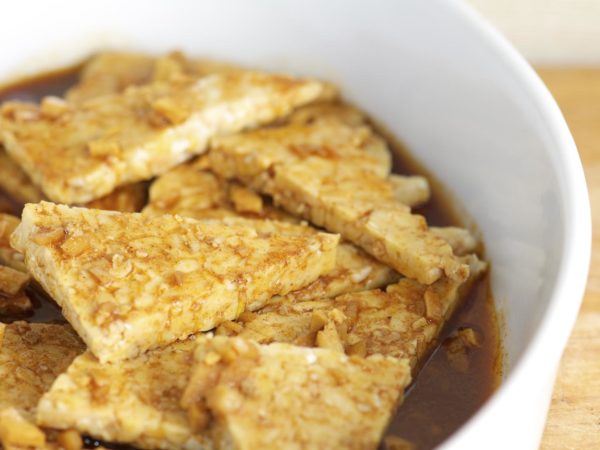 Quorn is a meat substitute developed in the U.K. It is a protein-rich food from fungi (mycoprotein) obtained by cultivating a fungus (Fusarium venenatum) in vats on a glucose-rich medium. The fungus is a mold, not a mushroom. If you are familiar with tempeh, the fermented soy food from Indonesia, you have an idea of what Quorn is like.

To make Quorn products, the purified mycoprotein is mixed with egg whites, flavored, and shaped into foods, usually resembling hamburgers and chicken tenders. It has no cholesterol and is lower in saturated fat than meat and chicken. However, because it does contain egg whites, Quorn isn’t suitable for vegans. I’ve eaten Quorn cutlets and nuggets, which tasted O.K., but after a few tries, I concluded that these meat alternatives didn’t appeal to me personally. I still prefer tempeh, and even used to make it myself. It seems to me more natural and less of an artificial food than Quorn.

As far as safety is concerned, you should be aware that in addition to egg whites, most forms of Quorn contain gluten, the protein in wheat that makes dough elastic. The presence of gluten means that individuals with celiac disease must avoid Quorn or risk the gastrointestinal symptoms and possible intestinal damage that stem from reactions to consuming gluten.

Quorn itself has also been reported to cause allergic reactions in some individuals. These allergies appear to be rare, and the reactions not very serious. If you develop any symptoms that you believe are related to consuming Quorn, your best bet is to avoid it. Reports of allergic reactions to Quorn come mostly from the United States; these products haven’t been linked to similar complaints in Europe. Quorn was introduced in the UK and Ireland more than 20 years ago and remains the leading meat substitute in those countries.