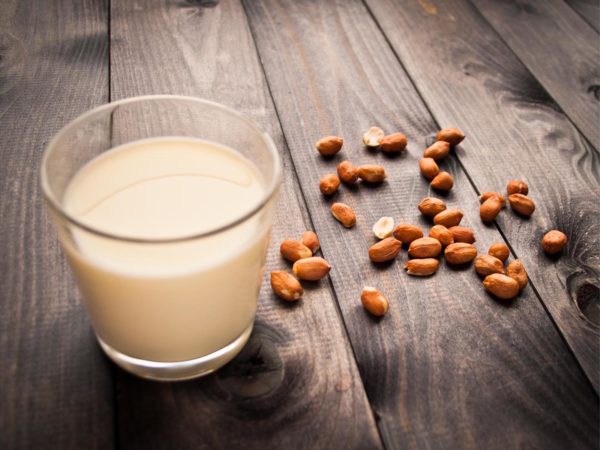 I’ve read about peanut milk, but I haven’t tried it myself, and I’m dubious about the health benefits it is supposed to confer. As I understand the story, peanut milk was devised by Jack Chang, the owner of a café in San Francisco who loves peanuts but found them difficult to chew when his teeth loosened as a result of gum disease. Rather than give up peanuts, he invented a peanut-based drink. There’s no milk in peanut milk – the recipe is a mix of peanuts, sugar, herbs, spices, and grains.

According to the reports I’ve read, once Chang began drinking peanut milk he found that his gums improved, his hair stopped falling out, his long-time allergies disappeared, and his energy increased. Since he’s been selling his concoction, Chang has collected tributes from enthusiastic customers who attest to its beneficial effects on health problems ranging from arthritis pain to hot flashes.

I’ve read that a nutritional analysis from the University of California at Davis showed that peanut milk contains the same nutrients found in peanuts and that there is scientific evidence to back up some of the claims made for the product – that it is a source of energy and nutrition, that it supports the structure and function of healthy skin, and supports immune function. I can tell you that peanuts (which are legumes, not true nuts) do contain heart-healthy monounsaturated fats and, for that reason, eating peanuts, in moderation, can be beneficial. I can’t say anything definitive about the grander claims made for peanut milk except that I’m skeptical about them.