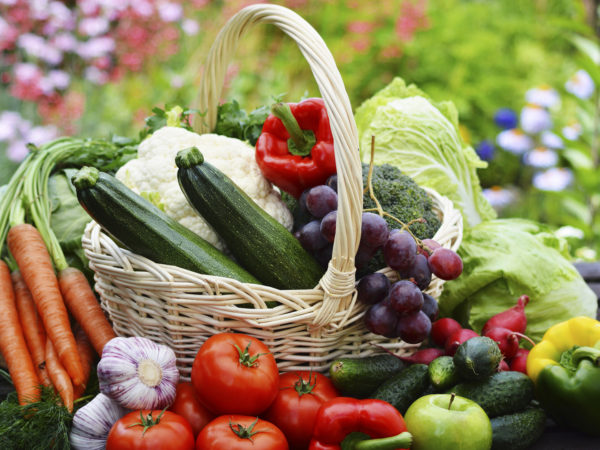 The short answer to your question is a qualified “Yes.” Until recently, we didn’t have much evidence suggesting that organic foods offer a nutritional advantage. In the past, the over-riding reason to choose them was not nutritional superiority but avoidance of residues of pesticides and other agrichemicals used on conventional crops and of hormones and other drugs fed to conventionally raised livestock.

However, three analyses – two published this year, the other in 2014 – found that some organic foods are nutritionally superior to conventional ones. They found that organic meat and milk provide 50 percent more omega-3 fatty acids, and that organic meat has lower concentrations of two saturated fats associated with the risk of cardiovascular disease. (Levels of omega-3s in meat and milk were still much lower than they are in salmon and other cold-water fish.) On the upside, the reviews showed that organic meat and milk had slightly lower levels of omega-6 fatty acids, essential fatty acids that most Westerners consume in excess. The researchers also reported that organic milk provides more iron, vitamin E and some carotenoids than conventional milk but not as much iodine or selenium. (Pregnant women need iodine for the healthy development of their babies.)

The new results are drawn from reviews (meta-analyses) of 196 earlier studies of milk and 67 prior studies of meat. The researchers noted that the higher levels of omega-3s in organic milk and meat stemmed from the way dairy cows are raised – they graze on grass instead of the grain fed to conventionally raised cows.

Some of the same researchers participated in the 2014 meta-analysis of more than 300 studies of the nutrient content of fruits and vegetables. That review concluded that organic produce has higher concentrations of antioxidants: specifically, about 50 percent more anthocyanins and flavonols.

Another potential plus of organic fruits and vegetables may stem from compounds the plants produce to deal with pests and other forms of stress they encounter.

I’ve read comments from experts who are skeptical that the nutritional benefits seen in the three meta-analyses will add up to any significant improvement in human health. We’ll have to wait for future studies to look at that possibility. For now, however, the known risks of the pesticides, hormones and other chemicals used in raising livestock and growing fruits and vegetables remain a powerful argument for choosing organically produced foods whenever possible.