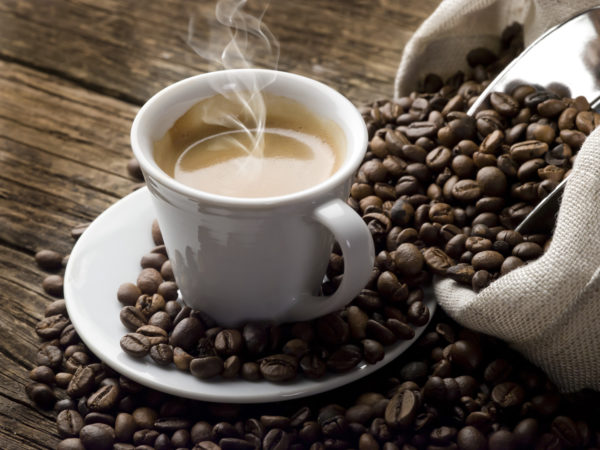 Over the last decade or so we’ve heard a lot about how coffee may improve health. The latest report I’ve seen links drinking moderate amounts of coffee daily to a lower risk of death from cardiovascular and neurological disease, type 2 diabetes and suicide. For this investigation, “moderate amounts” was defined as fewer than 5 cups of coffee daily. It didn’t matter whether the coffee was caffeinated or decaf, which suggests that the benefits were not due to caffeine but to something else in coffee beans.

These findings came from reviewing three large studies – two Nurses Health studies including data on nearly 168,000 women and the Health Professionals Follow-Up study with 40,557 men enrolled. Researchers from the Harvard T.H. Chan School of Public Health followed the study participants for up to 30 years, asking them to complete questionnaires about their diets every 4 years. During that time, 19,524 women and 12,432 men died from various causes.

The researchers noted that people who drink coffee frequently are more likely to smoke and drink alcohol. For that reason, they analyzed the information gathered from participants who never smoked and saw that the protective benefits of drinking coffee were very strong among this group.

Because the analysis was based on observational studies, it didn’t prove that coffee was responsible for the difference. More studies are needed to explore the biological mechanisms that could be at work.

Earlier this year (2015), Italian researchers reported that individuals between the ages of 65 and 84 who drink one to two cups of coffee daily have a lower incidence of mild cognitive impairment (MCI), which often precedes Alzheimer’s disease, compared to those who rarely or never drink coffee, or who drink less than one cup a day. In this study, drinking more than two cups daily didn’t lower the risk further. While all this is good news about coffee, I wouldn’t advise you to start drinking it to get the health benefits it may confer. Coffee can be addictive, and many people experience unpleasant physical and mental symptoms from it, including anxiety, insomnia, irregular heartbeat, stomach pain, and bladder irritation.