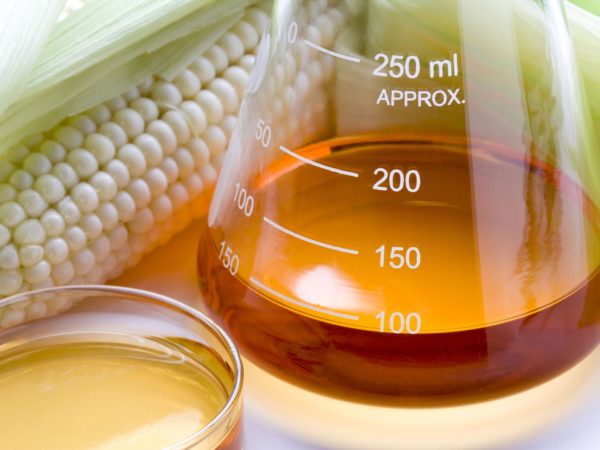 High fructose corn syrup (HFCS) is definitely bad for you. It is also bad for the planet, and I believe that it is a major driver of the obesity epidemic, despite the position taken in June 2008 by the American Medical Association. The AMA concluded that HFCS isn’t any worse than other caloric sweeteners and that there is “insufficient evidence” to restrict its use or require a warning label on products that contain it.

HFCS is a relatively recent invention for sweetening soft drinks, juices and foods – the production process was developed in Japan in the late 1960s, and the new sweetener entered the American food system in the early 1970s. It tastes sweeter than regular corn syrup, blends well with other foods, maintains a longer shelf life and is cheaper. You’ll also find it in processed foods ranging from salad dressings and ketchup, to jams, jellies, ice cream and many others – even bread. HFCS contains 14-percent fructose, much more than regular corn syrup. I’m concerned that it has disruptive effects on metabolism, because the body doesn’t utilize fructose well, and humans have never before consumed it in such quantity.

Of course, HFCS isn’t solely to blame for the obesity epidemic. The AMA correctly pointed out that as consumption of HFCS rose, Americans were also consuming more calories (of all kinds) and becoming less active. All told, however, consumption of HFCS in the United States increased by more than 1,000 percent between 1970 and 1990, and a study published in the April 2004 issue of the American Journal of Clinical Nutrition, concluded that Americans over the age of two consume more than 300 calories daily from caloric sweeteners, one-sixth of their average daily calories. HCFS may also promote weight gain because it behaves in the body more like fat than glucose, the blood sugar derived from other sweet foods. Some evidence suggests that fructose may disturb liver function, and unlike glucose, doesn’t appear to trigger the process by which the body tells us it is full. What’s more, in men (not in women) HFCS appears to elevate triglycerides, blood fats that increase the risk of heart disease.

As far as HFCS being “natural,” this was a recent FDA decision based on whether or not HFCS constituents come into contact with a synthetic fixing agent during manufacturing. If not, the FDA said, products containing HFCS can be labeled “natural.” The other side of this argument, advanced by the sugar industry and the Center for Science in the Public Interest, a consumer group, is that HFCS can’t be considered “natural” because its chemical bonds are broken and rearranged during manufacturing. I don’t much care if it’s called natural or not; it’s not good for us.

And then there’s the environmental impact, a serious concern. Journalist and agriculture industry critic Michael Pollen points out that growing all the corn needed for HFCS depletes soil nutrients, which increases the need for pesticides and fertilizer. In March 2008, the Washington Post quoted Pollan as saying that a dead zone in the Gulf of Mexico where “virtually nothing will live” has been starved of oxygen by the fertilizer runoff coming down the Mississippi from the corn belt. Pollan also notes that federal corn subsidies keep prices of products containing HFCS low, and that – plus the sweetness – feeds the public demand for these foods.

Giving up products containing HFCS will benefit your health, help control your weight, and if enough people get the message, protect the planet as well.