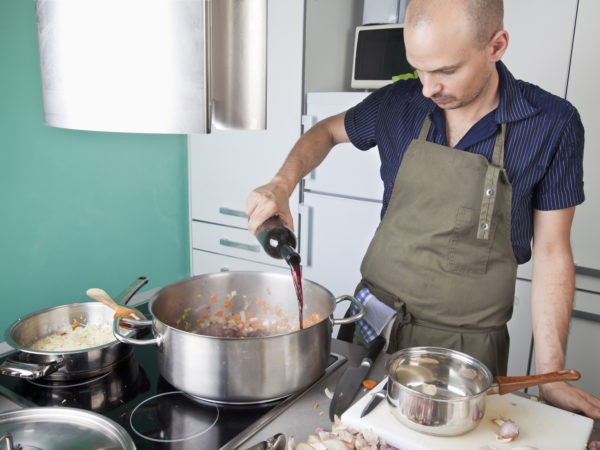 Drinking moderate amounts of wine – red or white – or even other forms of alcohol including beer and spirits appears to protect against coronary artery disease and heart attack. Here, “moderate” means two drinks or fewer per day for men and one or fewer for women. These relatively small amounts of alcohol are believed to raise levels of HDL, the “good” cholesterol, and help reduce the risk of blood clots forming in coronary arteries. Up to two drinks per day may also reduce an older person’s risk of developing dementia including Alzheimer’s disease. Again, you get this protective effect no matter what you drink – wine, beer, liquor or a fortified wine such as sherry, but the benefits don’t increase with amount; and they disappear altogether if you consume four or more drinks per day.

In addition to the alcohol-related health benefits, red wine (and the skin of red grapes) contains resveratrol, an antioxidant that has been shown to promote longevity in mice and, if it fulfills its promise, may prove to slow the progress of age-related diseases, including diabetes, cancer and Alzheimer’s in humans. Red wine and grape skins aren’t the only source of resveratrol – it is also found in fruits with deep red and purple color including blueberries, raspberries, blackberries and cranberries.

Cooking with wine can enhance flavor and cut down on the amount of fat needed (in some recipes, you can substitute wine for all or part of the specified quantity of oil). However, because you lose between 60 and 95 percent of the alcohol content of wine used in cooking, few – if any – of the direct alcohol-related health benefits remain. As far as resveratrol is concerned, you would have to drink multiple bottles of wine (far more than even a heavy drinker could manage daily) to get the health benefits seen to date in animal studies. If you cook with red wine, only a very small amount of resveratrol would be available to you in a normal portion, but resveratrol is heat stable, meaning that cooking won’t affect it. However, it is both light and oxygen sensitive, so you should consume your red wine shortly after opening the bottle.