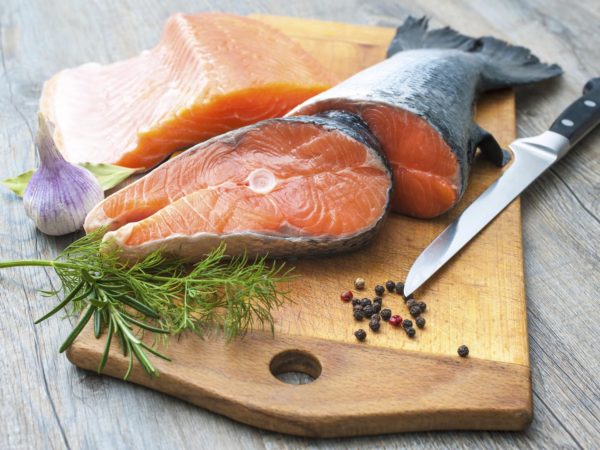 I don’t blame you for being confused. So are the experts. Here’s a recap for those of you who missed the news coverage:

One of the reports came from the Institute of Medicine, an arm of the National Academy of Sciences. It concluded that there’s no solid evidence that eating fish is good for you, but it “may” reduce the risk of heart disease.

The other came from the Harvard School of Public Health and took the opposite view: that eating fish for the health benefits of its omega-3 fatty acids outweighs any threat posed by contaminants such as mercury, PCBs and dioxins found in some fish. This report maintains that the amount of these contaminants in fish is no greater than amounts found in other foods such as beef, pork, chicken, eggs and butter. What’s more, the Harvard study concluded that eating fish containing omega-3s twice a week would reduce the risk of death from cardiovascular disease by 36 percent and the risk of death from all causes by 17 percent.

Both reports repeat FDA advice that pregnant and nursing women and young children should avoid large predatory fish such as shark, swordfish, tilefish, and king mackerel and limit to six ounces weekly the amount of white (albacore) tuna they consume. These species are more likely to contain mercury than others. Mercury can harm the developing nervous system, increasing risks of developmental delays, learning problems, and other more serious conditions.

I’m not changing my advice on eating fish based on either study. I’m not convinced that the Harvard researchers are right that the amount of mercury, PCBs and dioxin found in fish present a negligible health risk. And I don’t share the view of the Institute of Medicine that evidence of the health benefits of eating fish is preliminary or insufficient.

I still recommend my favorite fish, wild Alaskan salmon, as an ideal first choice. Sockeye salmon is especially good. All of it is wild; it has plenty of omega-3s, and is less likely to contain mercury and organic contaminants than other species. Avoid farmed salmon (also called Atlantic salmon), which is what you mostly find in supermarkets, restaurants and fish markets. While less expensive than wild salmon, farmed salmon has a higher and less favorable omega-6 to omega-3 ratio and may contain residues of antibiotics and other drugs used to treat diseases in fish farming pens. What’s more, levels of PCBs and other contaminants in farmed salmon have been found to be much higher than those found in wild salmon.

Sardines, herring, and black cod are other good marine sources of omega-3 fatty acids, and healthier choices because they’re less likely to be contaminated than larger carnivorous fish such as tuna.

For a handy pocket guide to fish choices visit: www.environmentaldefense.org/documents/1980_pocket_seafood_selector.pdf