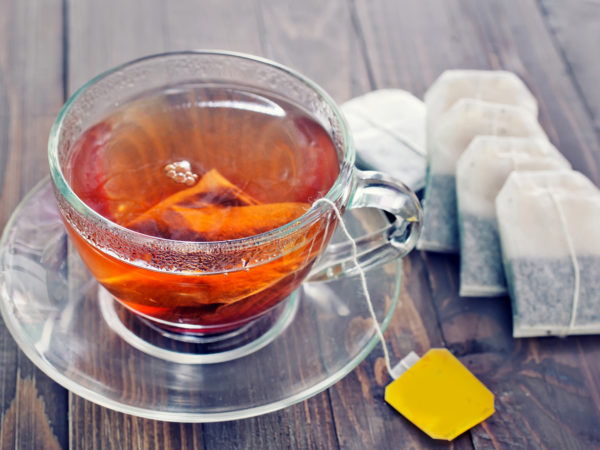 I wish this were true, and until recently I thought it was and had recommended the process to others. Unfortunately, this method turns out to be just another myth, one that has fooled even some tea experts. In fact, it would take five minutes of steeping leaves to remove 80 percent of the caffeine in brewed tea.

You can buy commercially decaffeinated tea, but one of the methods in use relies on the solvent ethyl acetate and removes most of tea’s beneficial polyphenols. The better method, called “effervescence” uses only water and carbon dioxide and retains 95 percent of the polyphenols. Be sure to check labels to see which process was used. If it isn’t specified, you’ll have to contact the manufacturer to find out.

The numbers I’m citing here are only rough approximations. In fact, the amount of caffeine in tea depends on a number of factors including where the tea was grown, the type of tea plant, the time of year the tea leaves were picked among other variables. If you want more information about caffeine in tea, I suggest reading this article: “Caffeine and Tea: Myth and Reality,” by Nigel Melican, one of the world’s leading tea authorities.