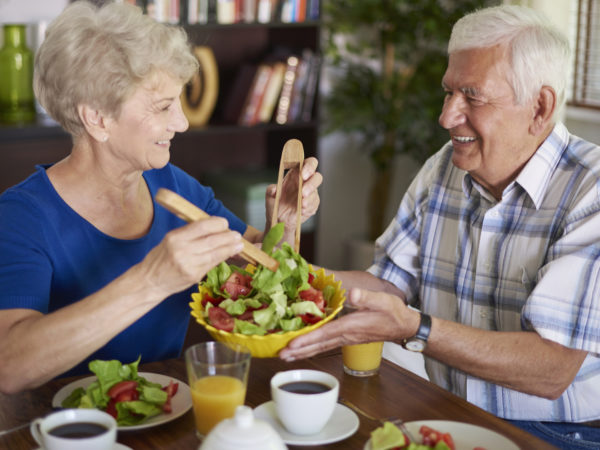 An interesting new study did look at this issue and found that avoiding meat, fish and poultry leads to more frequent reports of positive mood. The researchers, from Benedictine University in Illinois and Arizona State University, noted that in general, vegetarians report better mood than omnivores (those whose diets include meat, fish and poultry). They also observed that omnivores whose diets are rich in fish have been shown to have a lower risk of depressive symptoms than those whose diets don’t include much fish.

In the latest study, published February 14, 2012 in Nutrition Journal, the investigators noted that high intakes of arachidonic acid (a long-chain omega-6 fatty acid found in fatty red meat, egg yolks and organ meat) can promote brain changes that disturb mood, and wanted to explore how changing the fatty acid profile in the diet might impact mood. They recruited 39 volunteers for a two week trial. The participants were divided into three groups. Those in the “omnivore” group continued to follow their usual diets and to eat meat, fish or poultry at least once a day; those in the second group were told to avoid meat and poultry and to have at least three to four servings of fish per week (they were also allowed to eat eggs); and those in the third group avoided all animal derived foods, except dairy, for the duration of the study.

At the end of the two weeks, the researchers tested all of the participants with standard questionnaires designed to measure stress and mood and found that those on the vegetarian diet showed a decline in stress and tension and reported better moods than those in the other two groups. The researchers suggested that these positive changes could have been due to a reduction in the intake of arachidonic acid as well as to the effects of antioxidants in fruits and vegetables that may have boosted mood via a reduction of oxidative stress. They also pointed out that meat from grain-fed animals provides five times the ratio of omega-6 to omega-3 fats found in meat from grass-fed animals and may raise the risk for inflammation-related diseases including depression.

This small study hints at effects of dietary fats on mood and, perhaps, the possible benefits of a vegetarian diet. The researchers noted that their findings warrant further investigation.