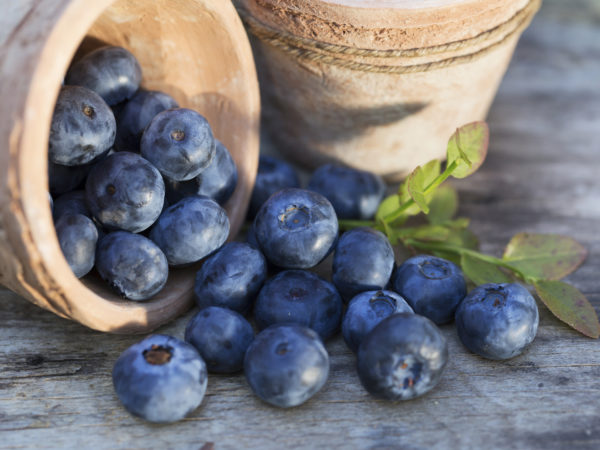 I’m a big fan of all berries, including blueberries. They’re delicious and pack a powerful antioxidant punch: a half cup of blueberries is equivalent to the antioxidant power of five servings of peas, carrots, apples, squash or broccoli. Anthocyanins, the pigments that make blueberries blue, are responsible for their antioxidant properties. Blueberries are also a good source of fiber – a half-cup serving gives you almost three grams.

We’re just beginning to learn about the health benefits of blueberries. Here’s a sampling of what studies so far have revealed:

No one knows for sure that the results of animal studies will translate to humans, but I’m optimistic that further research will show that these compounds have an important role to play in preventing cancer, diabetes, and cardiovascular and neurological diseases. I recommend regularly adding blueberries and other berries to your diet. I eat them frequently (and always buy organically grown varieties).