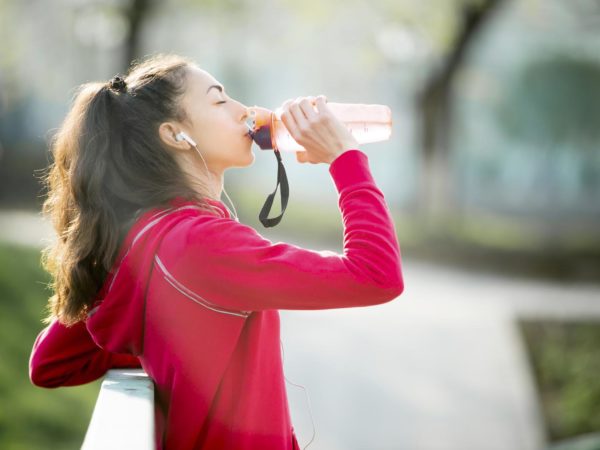 Your question is well timed. Just before the London Olympics, the British Medical Journal (BMJ) published an investigation titled, “The truth about sports drinks,” that tracks how beverage manufacturers have portrayed the “science of hydration” to convince the exercising public that these products are necessary to health. The investigation’s conclusion: there’s a striking “lack of evidence” to support claims that sports drinks have any benefit for the average person. (The authors did concede that they may be helpful for elite athletes.)

The research team found that claims suggesting the average person needs more than plain water during and after exercise are misleading, as is advice from the sports drink manufacturers  to “stay ahead of thirst” when exercising.  In reviewing the evidence, BMJ investigations editor Deborah Cohen found that one of the greatest accomplishments of the Gatorade Sports Science Institute has been to convince the public that thirst is an unreliable indicator of dehydration. Other sports drink manufacturers concur; Powerade suggests that “without realizing, you may not be drinking enough to restore your fluid balance after working out.”  In fact, research suggests that thirst is a reliable trigger of the need to drink during exercise.

Despite the commercial hype about the dangers of dehydration, the BMJ investigation quotes Arthur Siegel, M.D., associate professor of medicine at Harvard and adviser to the Boston marathon, who notes that there is no evidence that anyone running a marathon has ever died from dehydration and that, in fact, dehydration is rarely life threatening. Dr. Siegel adds that water and other liquids are freely available throughout races should runners need to drink: “They are not stranded in the desert with no access to fluids.”

Of greater concern, the BMJ article notes, is hyponatremia, a drop in serum sodium after over-consumption of fluids that has led to 16 deaths and 1,600 cases of critical illness during marathons. The largest prospective study on this subject, conducted among Boston marathon runners, concluded that it is the volume of fluid consumed, not the type, that presents the greatest risk of hyponatremia. In other words, sports drinks offer no protection here. That study was funded by the National Institutes of Health and published in the New England Journal of Medicine on April 14, 2005.

Perhaps the most alarming finding of this investigation is that much of the published research about the benefits of sports drinks has been written by academics with financial ties to the manufacturers. Of the three major manufacturers, only one provided the researchers with a bibliography of studies purporting to back up claims for its sports drinks. Only three of the studies were judged of high quality and “at low risk of bias.” Others were faulted for major flaws in methodology, small sample sizes, poor research designs, and other problems.

The investigation also touched on marketing to children, noting that manufacturers are pushing their products to them with claims that youngsters are particularly likely to forget to drink unless reminded to do so, claims supported only by studies funded by manufacturers. The sugar content of sports drinks may be contributing to the obesity epidemic among children (and adults).

The bottom line is that unless you’re an elite athlete, you don’t need sports drinks to keep you hydrated. One expert sums matters up as follows: sports drinks won’t turn casual runners into Olympic athletes, but “if they avoided the sports drinks, they would get thinner and run faster.”