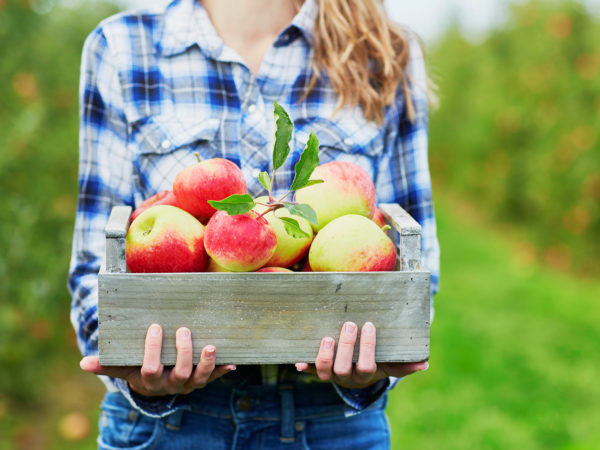 Actually, some types of apples do appear to be better for your health than others, at least according to a recently published study by a team of Canadian researchers. They compared eight different varieties of apples to see which ones were highest in antioxidant activity.

The researchers found that polyphenols, compounds that are the major source of antioxidants in apples, are five times more prevalent in apple skin than in the flesh. Of the eight types of apples studied, the two that provide the most antioxidants are the Red Delicious and Northern Spy, with Ida Red coming in third. The apple type offering the least in the way of antioxidant activity was the Empire (Red Delicious had twice the antioxidant power as Empire). The researchers found that while Northern Spy apples had fewer polyphenols in the skin than Red Delicious, they had twice as much in their flesh.

The other apples studied included McIntosh, Cortland, Golden Delicious, and Mutsu. All were from the same farm in Ontario. The study was published in the June 29, 2005 issue of the Journal of Agriculture and Food Chemistry.

In addition to the antioxidants they provide, apples are a good source of soluble fiber, which can help lower LDL (“bad”) cholesterol, and they fall low on the glycemic index. The antioxidants they contain offer protection against both heart disease and cancer. In fact, a study in Finland that included 10,000 men showed that those who ate the most apples had less than half the risk of lung cancer than did those who ate the fewest apples or none at all. The study was published in the August 1, 1997 issue of the American Journal of Epidemiology.

Whatever types of apple you prefer, I urge you to look for organically grown ones. If you can’t find organic varieties, peel the apples you do eat. It is better to miss out on some antioxidants than to consume residues of pesticides. You’ll get plenty of antioxidants if you include a variety of fresh fruits and vegetables in your diet.