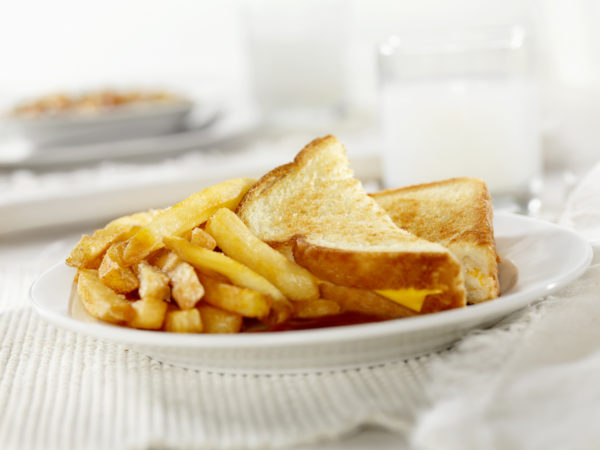 While not officially recognized as an eating disorder in the current Diagnostic and Statistical Manual of Mental Disorders (DSM), the American Psychiatric Association’s compendium of mental and emotional disorders, adult picky eating may be listed as one in the next edition of the DSM. Based on what I’ve read, these adults prefer the kind of bland foods they may have enjoyed as children – plain or buttered pasta, macaroni and cheese, cheese pizza, French fries, and grilled cheese sandwiches – and typically restrict their eating to a very small number of foods.

These habits have been defined as constituting a “selective eating disorder,” and researchers at Duke University and the University of Pittsburgh have established an online registry in order to learn more about the problem and determine how widespread it is. As I understand it, researchers haven’t been able to say whether picky eating as an adult is an extension of childhood habits, a manifestation of obsessive compulsive disorder, or a consequence of those affected being “supertasters,” meaning that they have more tastebuds and an abnormally acute sense of taste that puts them off a broad array of foods. Unpleasant childhood associations with food also may play a role.

I’ve read that among 1,700 members of an online support group for adult picky eaters, there has only been one report of semi-successful treatment. We probably need to know a lot more about this problem and its origins in order to treat it. A combination of assertiveness training and a systematic introduction of new foods works very well for young children who are picky eaters. This is being tried on adults, but I’ve seen no reports on how effective it is.

Adult picky eaters are usually embarrassed about their eating habits and skilled at hiding them. They may avoid dinner parties and dining in restaurants with friends and co-workers. They also worry about being bad role models for their children. Overall, this can be a socially isolating disorder.

As for nutritional consequences, most adult picky eaters avoid fruits and vegetables (except for French fries) and have such a limited repertoire of foods that they can’t possibly approximate a healthy, balanced diet. So far I’ve seen no reports of illness associated with this problem, perhaps because we know too little about it, but it seems clear that many years of eating only nutrient-poor foods would increase the risk of health problems.