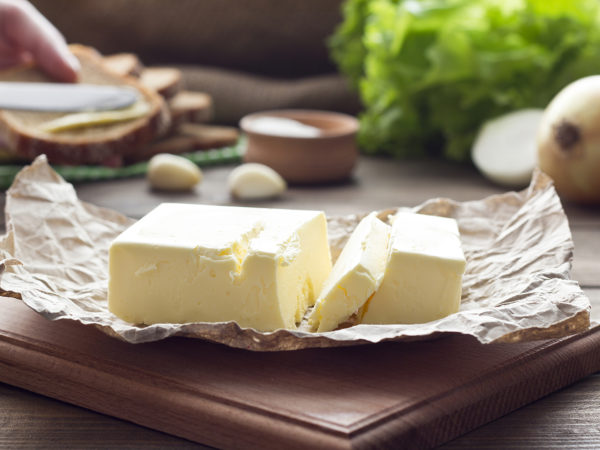 Butter is the most saturated of all the animal fats. It also contains the most cholesterol of all animal fat – more than twice that of beef fat! For cardiovascular health, conventional wisdom suggests minimizing consumption of butterfat, especially in the form of butter, cream, and high-fat cheeses. On the other hand, recent evidence suggests that natural forms of saturated fat and dietary cholesterol may not be as problematic as was once thought. The larger culprit in raising coronary disease risk now appears to be refined and processed carbohydrates such as sugars and white flour.

In any case, butter is certainly better for you than margarine, and used moderately, can be part of a healthy diet. Here is a quick overview of the various forms available:

As for which type is best: that’s purely a matter of individual taste.