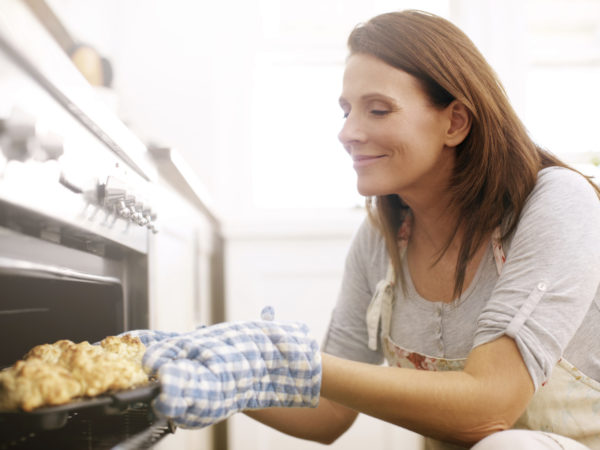 TurboChef ovens are known for fast cooking. They have been used in restaurants for a number of years and were introduced for residential use in 2007. The home version comes in two halves, the top being based on patented “Airspeed Technology,” with the bottom half being a conventional and convection oven (or you can just buy the top part). From what I read, this new appliance can roast a chicken to perfection in 14 minutes and cook a soufflé in two minutes. That’s considerably faster than a conventional oven, so there’s an obvious appeal for today’s rushed consumers.

I checked to see what Consumer Reports has to say about TurboChef and found that the organization gives the oven high marks for speed and notes that it would be a big plus for those who regularly cook for large groups. However, one negative is that you can only cook one dish at a time in the speedy oven, which has only one rack and is smaller than the companion conventional oven.

In its tests, Consumer Reports found that the airspeed oven tended to overcook drumsticks and wings on whole chickens and turkeys, as well as undercook the inside and overcook the outside of pork tenderloin. A New York Times reporter who tested a TurboChef reported that on her first try with a roast chicken was “distinctly windburned and overcooked,” but after she made adjustments, a second chicken was perfectly cooked in 14 minutes, skin and all. And because there isn’t time for moisture to evaporate, the chicken was noticeably juicier than even the best roast chicken she cooks at home.

I haven’t come across any safety issues with this type of oven and see no need to worry on that score. The price may give you a headache, though – nearly $6,000 for the speed oven alone; $7,895 when combined with a conventional oven.