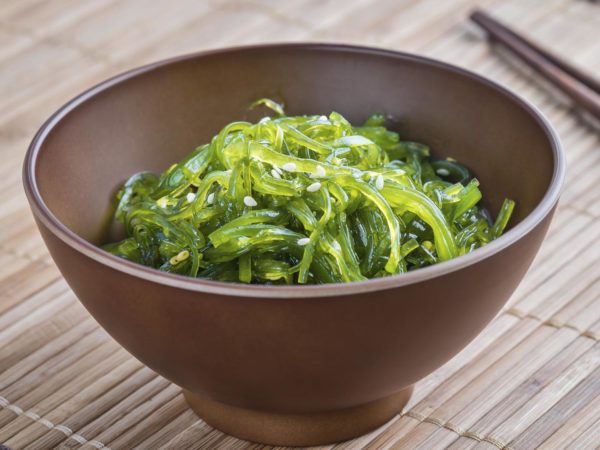 Seaweed isn’t comparable to greens. It is much higher in sodium and is packed with nutrients including vitamins A, C, E, B complex and B12 as well as calcium, potassium and iron. In addition edible seaweeds – also known as sea vegetables – provide protein and fiber and even some omega-3 fatty acids.

We generally think of sea vegetables as Asian foods, but people in many parts of the world have made them part of their diets. In the British Isles, laver, a purplish-black, wild North Atlantic cousin to nori, is mixed with fat and rolled oats and fried into a breakfast bread.

Here are some of the most popular and widely available sea vegetables:

You can often find dried seaweed in health food stores, fish markets or Asian markets. Or you can order packages of dried sea vegetables online from a number of sources. Manufacturers recommend using small amounts of sea vegetables in soups, salads, sandwiches and stir-fries, and most Web sites provide recipes. I suggest trying a DLT sandwich, a vegan alternative to the BLT. Instead of bacon, use some dulse, briefly sauteed in olive oil. (You can even find smoked dulse on some Web sites; it gives even better results.)

I don’t recommend gathering your own or eating freshly harvested seaweed. There have been occasional reports of outbreaks of gastrointestinal illnesses traced to toxins found in seaweed.