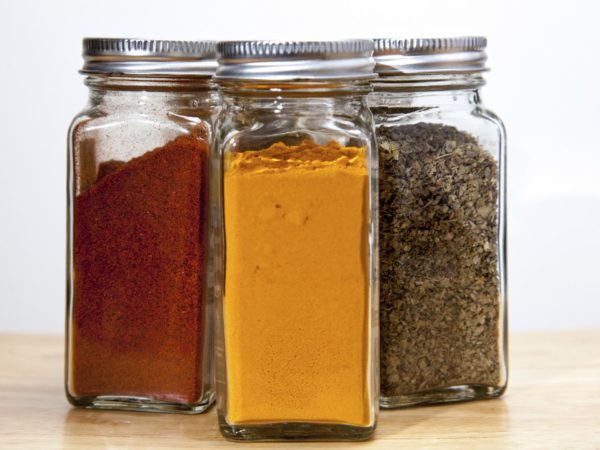 One of the first approved uses of food irradiation was to destroy insects, bacteria and other organisms in dried herbs, spices and vegetable seasonings. It has proved to be a very effective method of preventing spoilage and preserving flavors, nutrients and shelf life. Irradiation can also prevent food-borne illnesses caused by organisms such as Salmonella (responsible for the outbreaks of illness and some deaths due to tainted produce in the spring and early summer of 2008) and E. coli. If I had a choice between herbs and spices treated with chemical preservatives or fumigants or those that had been irradiated, I wouldn’t hesitate to go for the latter.

Unlike other irradiated foods, the labels of herb and spices aren”t required to note that these products have been “treated with radiation” or “treated with irradiation.” However, I would assume that most of them have been, and I wouldn’t worry about it – irradiation is the safest and most effective way to preserve and sterilize herbs and spices. Also, we consume herbs and spices in such small quantities that any potential threat would be minimal. And don’t be concerned that irradiation makes these products radioactive; it doesn’t.

While I’m satisfied that irradiation of herbs and spices is safe, I do have concerns about irradiation of other foods, especially regarding the changes it can cause in food chemistry. Treatment of meats and other foods high in protein, fats and water can result in the creation of “radiolytic products.” The FDA takes the position that few of these compounds are unique to irradiated foods and that no evidence has suggested that they’re harmful to health, but I’m not convinced that we’ve adequately studied the long-term consequences of eating large amounts of these altered foods over time to be certain they’re entirely safe.