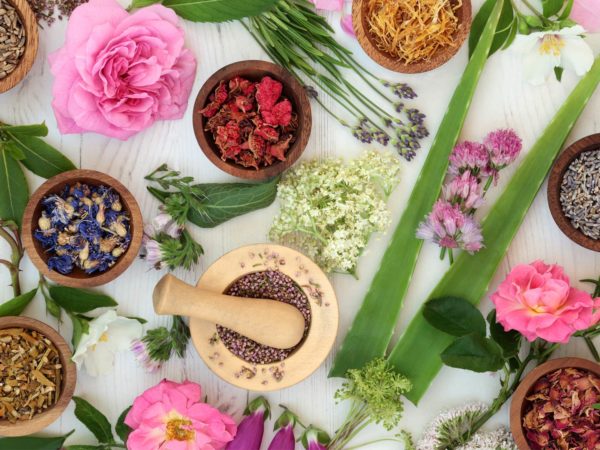 If you have mild to moderate depression, using extracts of whole plants – rather than synthetic, single compound pharmaceutical drugs – may be a wise choice. These extracts are typically gentler and less expensive than drugs, but may be just as effective. Here are a few of the most promising botanical supplements that address depression. 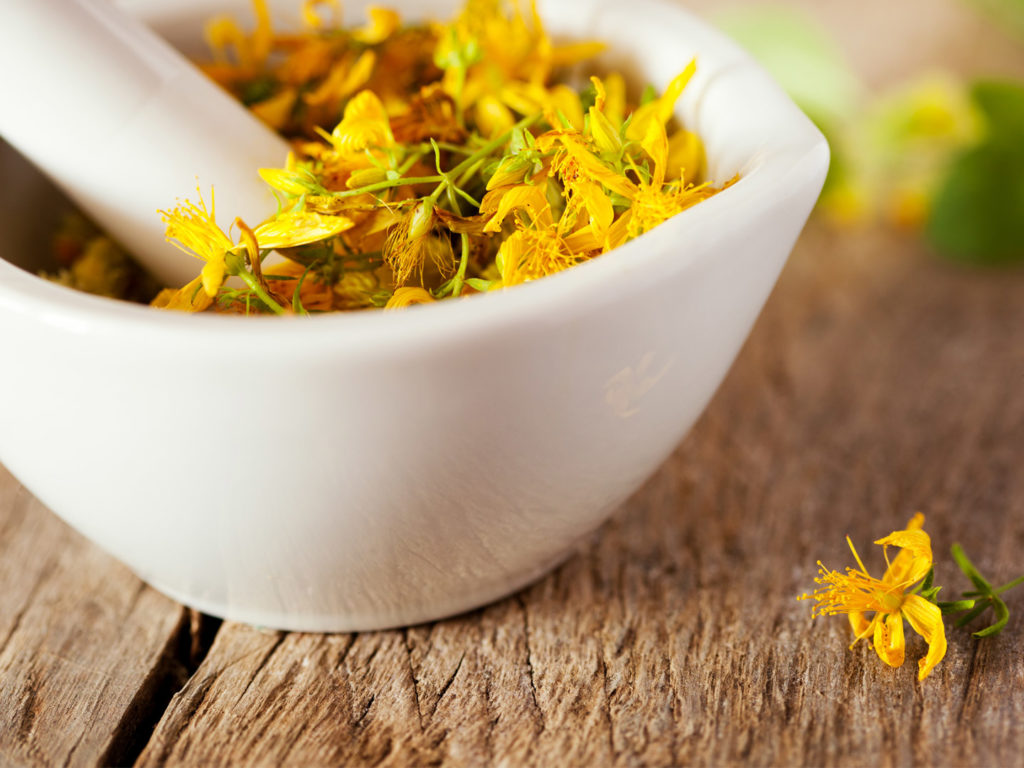 St. John’s Wort: This European plant (Hypericum perforatum) has a long history of use an herbal mood booster. It has been studied extensively, and most experimental results with mild to moderate depression have been positive: it typically performs better than placebo, and often as well as prescription antidepressants for mild to moderate depression. It is generally safe, but St. John’s wort may increase sensitivity to sunlight; have additive effect with SSRI antidepressants; and may change the metabolism of other drugs. Other areas of special concern are for people on birth control pills, immunosuppressants, some HIV and cancer medications, and blood thinners. If you are on any prescribed drugs and want to try a course of St. John’s wort for mild to moderate depression, talk with your physician or pharmacist about possible interactions. Look for tablets or capsules standardized to 0.3 percent hypericin that also list content of hyperforin. For full benefits, you may have to wait two months, and if St. John’s wort is not doing much after four months, it may not be worthwhile continuing a course of it. 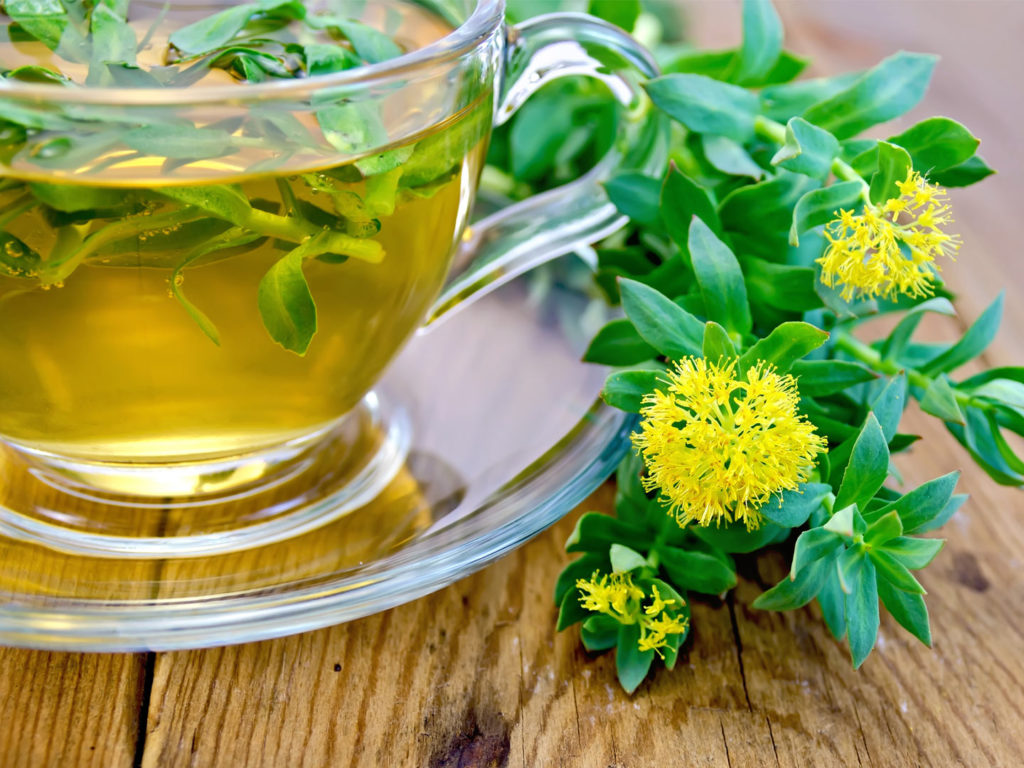 Rhodiola rosea: Native to high latitudes of the Northern Hemisphere, the root of this herb has a long history of traditional use Scandinavia, Siberia, Mongolia, and China for anti-fatigue and anti-stress effects. More recently, it has been extensively studied by scientists in Russia and Sweden. Rhodiola root contains rosavins, compounds that appear to boost activity of neurotransmitters in the brain and may be responsible for the herb’s beneficial effects on mood and memory. In a 2007 Swedish study found that a standardized extract of rhodiola showed “clear and significant antidepressant activity in patients suffering from mild to moderate depression” with no adverse effects. If you experience mental fog and fatigue along with mild to moderate depression, consider trying it. Look for tablets or capsules containing extracts standardized to 3 percent rosavins and 1 percent salidroside. High doses can cause insomnia, especially if taken late in the day. Interactions with antidepressant drugs, antianxiety drugs, and other prescribed medications are not well documented. Pay attention to any undesired effects, such as increased stimulation or anxiety, if you use rhodiola together with pharmaceutical drugs. 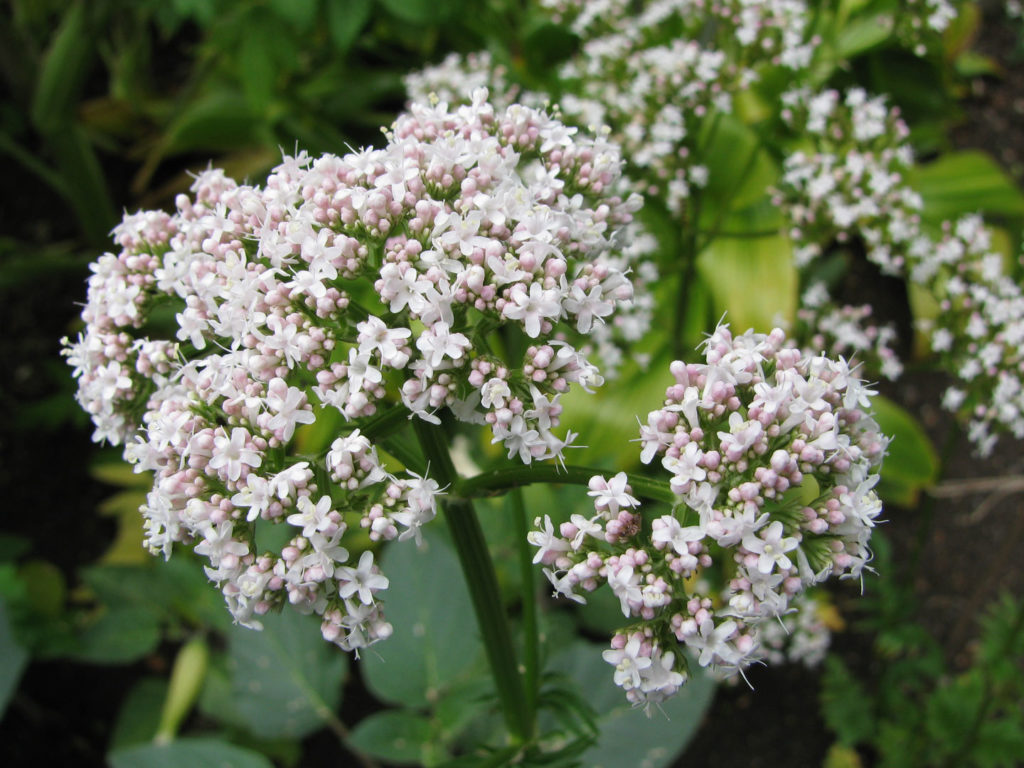 Valerian: From the root of a European plant (Valeriana officinalis), valerian has been used safely for centuries to promote relaxation and sleep. Because the root has a strong odor that many find disagreeable, this herb is best taken in tablet or capsule form rather than as a tea or tincture. Unlike modern drugs used to reduce anxiety and promote sleep, valerian is not habit-forming and does not have additive effect with alcohol. The chemistry of this herb is complex, and its mechanisms of action are not known. It is nontoxic. Use extracts of valerian standardized to 0.8 percent valeric acid. This herbal remedy can be used safely with antidepressants. 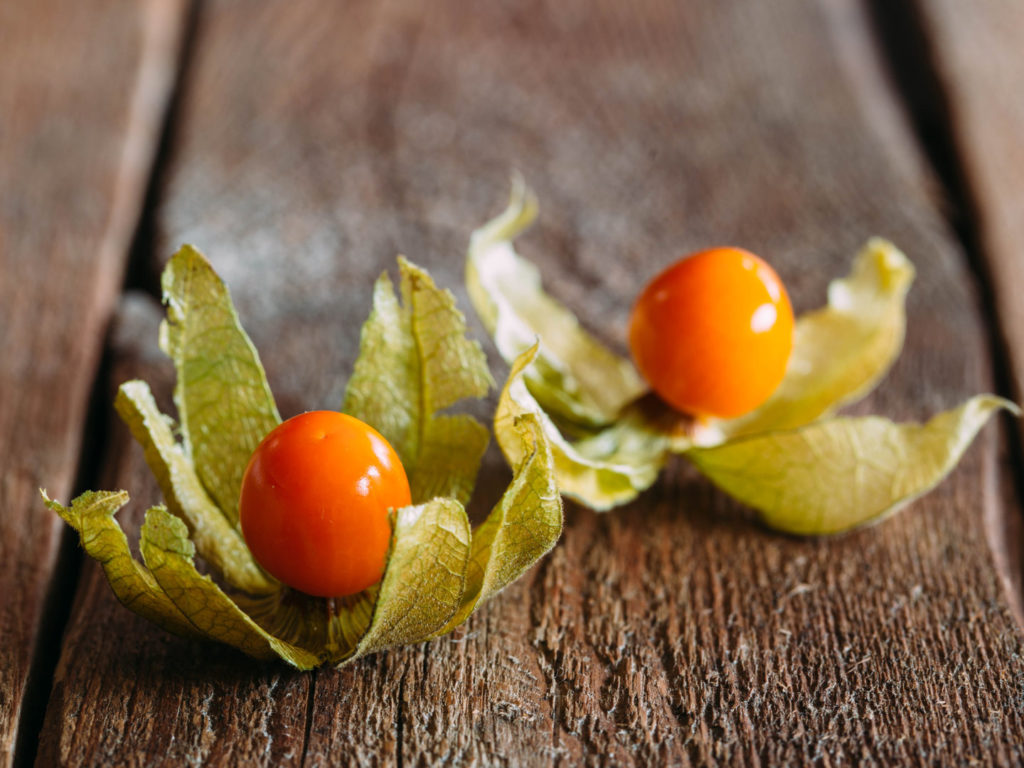 Ashwagandha: Sometimes called “Indian ginseng,” this comes from the root of Withania somnifera, a plant in the nightshade family. It is highly valued in India for its tonic and stress-protective effects. The species name somnifera means “sleep-bearing,” indicating a calming action. Animal research shows ashwagandha to be equivalent to true (Panax) ginseng in stress protection, without ginseng’s stimulating effect. Human studies in India demonstrate ashwagandha’s anti-anxiety and mood-elevating properties and confirm its lack of toxicity. If you experience agitation with depression, high stress, and poor sleep, experiment with a six- to eight-week trial of ashwagandha. One way to take it is as a pleasant “tonic tea”: simmer one to two teaspoons of powdered ashwagandha with two cups of milk (dairy or soy) on low heat for 15 minutes, then add 2 tablespoons of honey and one-eighth teaspoon of ground cardamom. Stir well and remove from heat. Drink one cup once or twice a day. As an extract, find varieties that are standardized to contain 2.5-5 percent withanolides (key compounds in the root). Ashwagandha can be used safely with antidepressants. 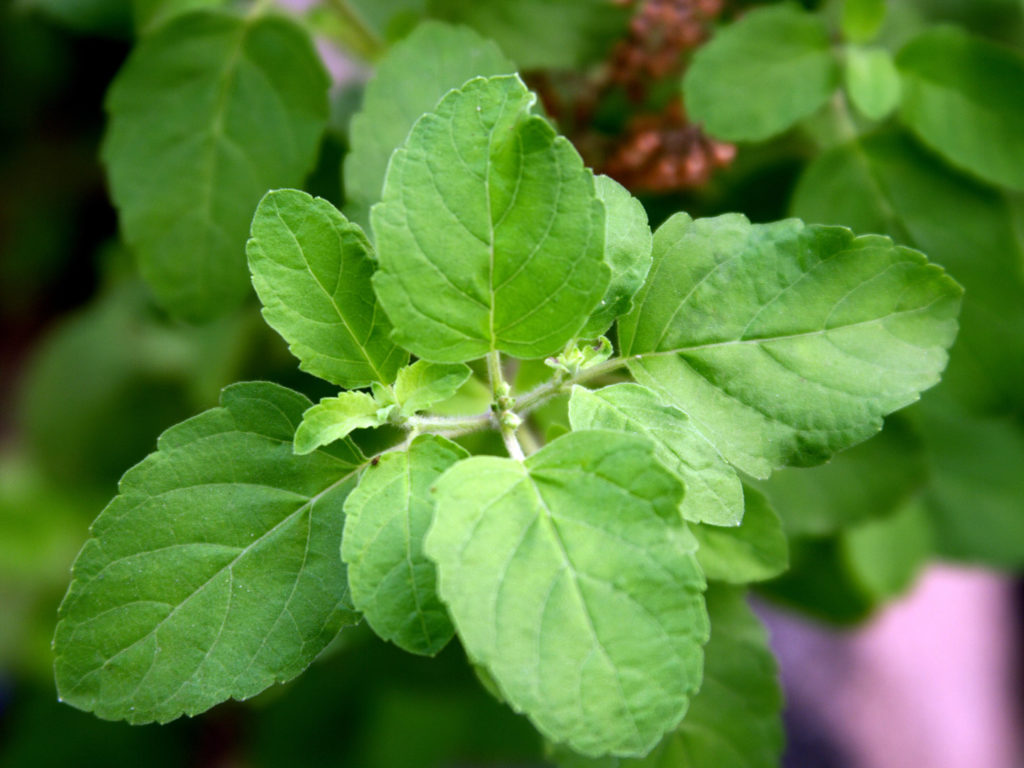 Holy Basil: Also known as tulsi, this plant (Ocimum sanctum) is sacred plant in India. It is a relative of our culinary basil with a stronger, clove-like aroma and taste. Modern research in both animals and humans demonstrates lack of toxicity and a variety of benefits. For example, it reduces inflammation and protects the body and brain from harmful effects of stress. And it has a positive influence on mood (and is safe to use with antidepressants). 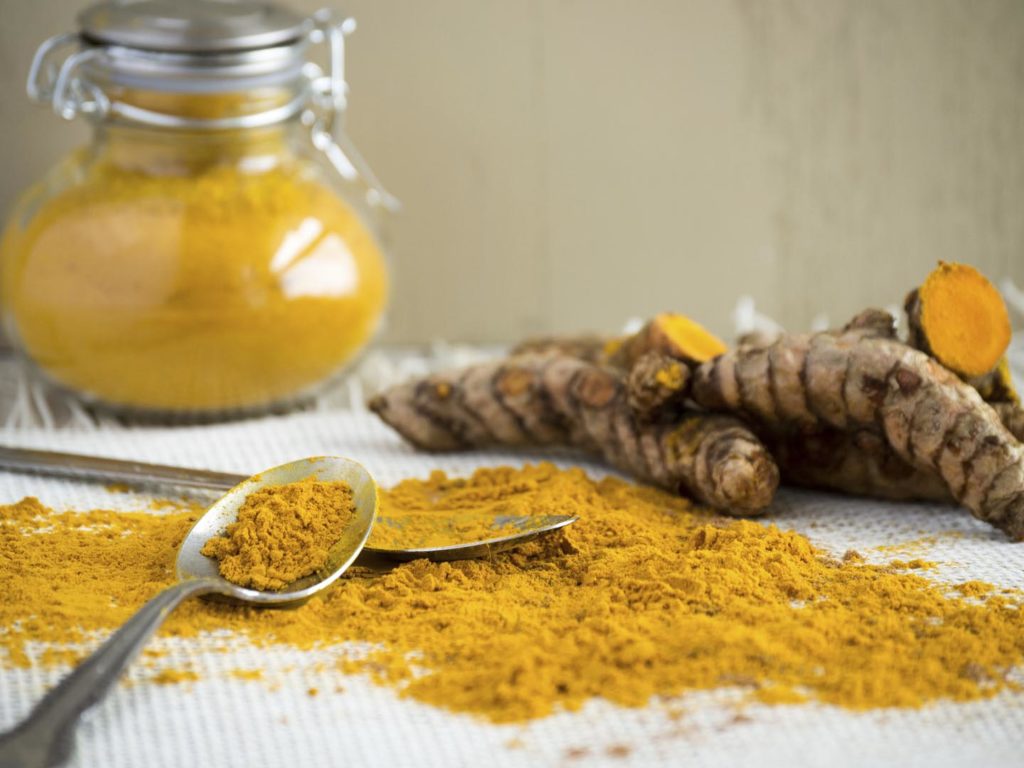 Turmeric: The yellow spice that colors curry and American yellow mustard, turmeric is a potent natural anti-inflammatory agent. Its active constituent, curcumin, has shown promise as an antidepressant in animal models; it also enhances nerve growth in the frontal cortex and hippocampal areas of the brain. Indian researchers suggest doing clinical trials to explore its efficacy as a novel antidepressant. Because both turmeric and curcumin offer a variety of health benefits, such as a reduced risk of cancer and Alzheimer’s disease, Dr. Weil often recommends them as dietary supplements. They are poorly absorbed from the G.I. tract, but a recent finding is that you can greatly increase absorption by adding piperine, a compound in black pepper – if you want to try turmeric or curcumin supplements, look for products that also contain black pepper or piperine extract and follow dosage instructions on labels. You can take turmeric or curcumin indefinitely, and they can be combined with antidepressant drugs or with any of the other herbs and natural remedies listed above.