The negative health effects of secondhand smoke are well known: It contains hundreds of toxic chemicals, about 70 of which have been shown to cause cancer. According to the U.S. Centers for Disease Control and Prevention, 2.5 million adults who do not smoke have died from health problems caused by secondhand smoke exposure since 1964.

Now, a recent study suggests that such effects could last across generations. Researchers at the University of Melbourne in Australia analyzed data from the Tasmanian Longitudinal Health Study, one of the world’s longest and largest studies of respiratory health. Specifically, they compared data from 1,689 children, their fathers, and their fathers’ parents.

The researchers looked at whether the children had developed asthma by age 7, and then compared that with data on whether their fathers grew up with parents who smoked when they were under age 15. They found that the children’s risk of developing asthma rose by 59 percent if their fathers were exposed to secondhand smoke in childhood. That risk increased even more if their fathers went on to become smokers themselves. Although it’s not yet clear how these increased risks are passed on over generations, a combination of environment and genetics likely play a role. 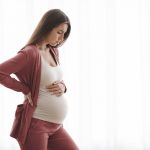 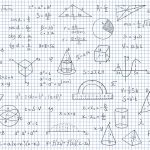