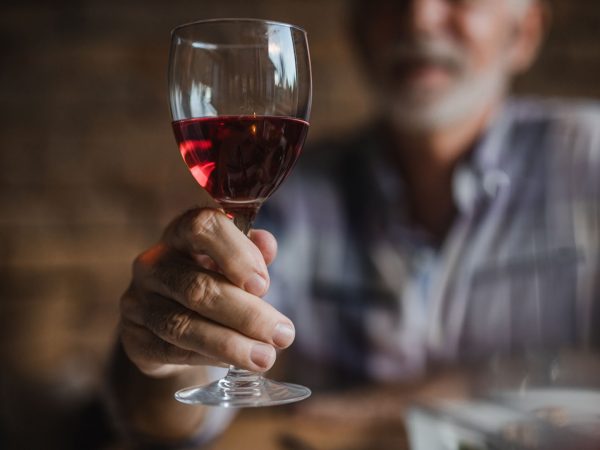 Results of a study presented at the latest scientific session of the American College of Cardiology suggest that a daily alcoholic drink for women and two for men are linked with a lower risk of dying from heart disease compared to not drinking at all or drinking in excess of that amount.

Researchers from Massachusetts General Hospital reported that their findings are the first to show that drinking moderate amounts of alcohol may be heart protective. Based on results from patients who underwent brain imaging, the benefit may be conferred, in part, by reducing stress-related brain signals. Lead author Kenechukwu Mezu, M.D., a fellow in nuclear cardiology, said he and his team found that stress-related activity in the brain was higher in non-drinkers compared with people who drank moderately, while people who consumed more than 14 drinks per week had the highest level of stress-related brain activity. While he cautioned that these findings shouldn’t encourage alcohol use, Dr. Mezu said they could help in the development of new therapeutics or stress-relieving activities such as exercise or yoga to help minimize stress signals in the brain.

In a related study, Dr. Mezu’s team found that exercise has a similar effect on brain activity and the incidence of cardiovascular disease. While the connection between stress and heart disease is widely accepted, the team said relatively little research has been done on how modifying stress may help protect heart health.

My take? While the risks posed by a daily drink or two are often considered small, there is no question about the toll alcohol takes in human life. A 2016 investigation found that alcohol was involved in nearly three million deaths worldwide and that overall, among people between the ages of 15 and 49, consuming alcohol was the most common risk factor for death and disability.

While the latest findings may be good news for people who drink alcohol in moderation, in my view, the best way to protect yourself from the hazards of alcohol is to avoid relying on it as a primary strategy to address stress. People who drink wine with dinner every night, have a few beers every day, or a daily mixed drink or two after work to unwind should try instead to give themselves two or three alcohol-free days a week.