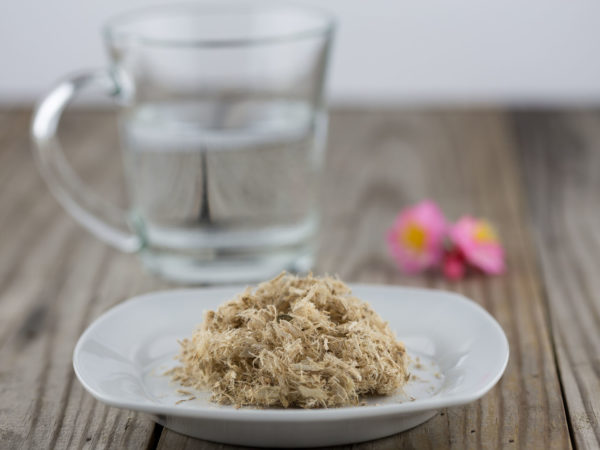 Slippery elm is a species of elm that is native to the eastern half of North America but is found as far west as North Dakota and Texas. The common medical component of slippery elm is the inner bark of the tree, which is traditionally dried and powdered. Native Americans used slippery elm for centuries as a demulcent, a substance that restores the natural mucous coating on irritated tissues. It is also referred to as Indian elm, moose elm, red elm, gray elm, and sweet elm.

Due to its demulcent properties, slippery elm can be used for coughs, sore throat, and colic when added to lozenges or teas. The Food and Drug Administration (FDA) recognizes slippery elm bark as an effective option for these symptoms.

Slippery elm preparations cause an increase in mucus secretion in the gastrointestinal tract that may be useful in the management of gastrointestinal disorders such as stomach and duodenal ulcers, gastroesophageal reflux disease (GERD), irritable bowl syndrome (IBS) and inflammatory bowel disease, although supportive research evidence is lacking. Slippery elm may also promote the expulsion of tapeworms.

When used topically, slippery elm bark can be used to help heal burns and inflammatory skin disorders such as psoriasis, minor wounds, and gout.

There are no known drug interactions or serious side effects. It is possible that the increase in the mucous coating of the intestinal tract associated with slippery elm may cause some medications to be absorbed more slowly, so take medications a few hours before or after you ingest slippery elm.

Slippery elm is believed to be safe when taken during pregnancy but it is advised that women check with their physicians before taking this or any other herbal supplement.

You should look for products that contain 100 percent slippery elm.

Slippery elm lozenges as needed for a sore throat or mouth sores.

Powders can be used to make gruels, teas and external skin salves.

Gruel: Mix one teaspoon of the powder with one teaspoon of sugar and add two cups of boiling water, mixing well. Flavor with cinnamon, if desired. Drink one or two cups, twice a day. Good for infants, those who have chronic illnesses or stomach upset.

Topical: For skin irritation, mix course slippery elm powder with boiling water to make a poultice. Allow it to cool and then apply it to minor burns, itchy skin, and uncomplicated wounds. Do not apply to open wounds or sores.

Extracts: Slippery elm extract usually comes in a 1:1 concentration, so read the label carefully for directions.

Same as above. Slippery elm gruel is especially good for infants.

You can find slippery elm lozenges in most grocery stores. Try them for sore throats and mouth sores. And keep the powder on hand – its versatility and long shelf life will ensure that you have a soothing and healing treatment when you need it.