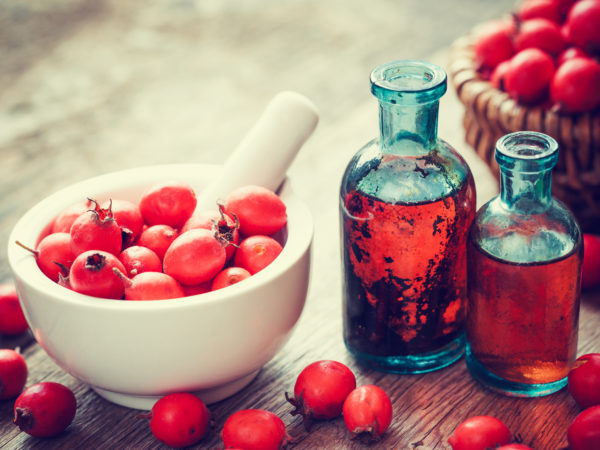 Hawthorn is a flowering shrub that is part of the Rosaceae, or rose, family. It is native to northern Europe, but now grows throughout the world. The red berry-like fruit of this spiny plant is sometimes called “haw,” and has been used for both medicinal and culinary purposes. Hawthorn berry was included in theU.S. Pharmacopeia until the 1930s. The leaves are edible as well.

Hawthorne Is Used For:

The berries have been used in traditional medicine since the first century, and contain phytonutrients called anthocyanidins and proanthocyanidins, antioxidants that have a variety of therapeutic effects including strengthening the walls of blood vessels. Extracts of hawthorn berries, leaves and blossoms also contain compounds that have a tonifying effect on the heart and vascular system. Hawthorn has been studied for its use in treating health concerns related to the heart and blood vessels. This includes congestive heart failure, irregular heartbeat, chest pain, low and high blood pressure, angina, atherosclerosis, and high cholesterol. A meta-analysis based on data from 14 studies concluded that a hawthorn extract offers “significant benefit” as an adjunct to conventional treatment of chronic heart failure. Specifically, symptoms including shortness of breath and fatigue were significantly alleviated, compared to placebo treatment.

Hawthorn has also been used for digestive and kidney problems, including indigestion and diarrhea, and to address anxiety. Topically, hawthorn may be applied to sores, ulcers, boils frostbite and to alleviate itching. However, there is insufficient evidence regarding its effectiveness for these uses.

Hawthorne Is Available In:

Before taking hawthorn, talk with your healthcare professional, as it potentially can significantly interact with several prescription medications. Hawthorn may affect blood pressure, and should not be taken with medications for high blood pressure, including beta-blockers and calcium channel blockers, medications for “male enhancement” (many of which are based on blood vessel dilation and increasing blood flow), and medications that increase blood flow to the heart. Additionally, people taking digoxin should not take hawthorn.

In general, any herbs and supplements that may affect the heart and/or lower blood pressure should not be taken in conjunction with hawthorn. Dr. Weil recommends it only be taken under a physician’s supervision.

Hawthorn is considered safe for most adults. Side effects are rare and can include upset stomach, headache, and dizziness.

Products available in the United States include hawthorn leaves, flowers and berries, sometimes in combination. Look for an extract of the leaves and flowers standardized to its content of flavonoids (approximately two percent) or oligomeric procyanidins (18-20 percent).

Most studies used doses ranging from 500 to 1,500 mg a day. Hawthorn berry extracts can be taken indefinitely.

Talk to your health care provider before using hawthorn to treat any medical condition in a child.

Hawthorn berry preparations haven’t been as well studied as those of hawthorn leaf and flower. Germany’s Commission E no longer recognizes its use, and approves only preparations of hawthorn leaf with flower. Very little research in the United States has been done on hawthorn berry using modern methods. While there is probably no harm in taking it, I wouldn’t rely on hawthorn berry extract alone for treatment of any heart-related problems – I suggest a supplement that contains the leaves and flowers as well, and only as part of a comprehensive treatment program. In addition, always use hawthorn under the supervision of your health care provider if you have a heart condition.