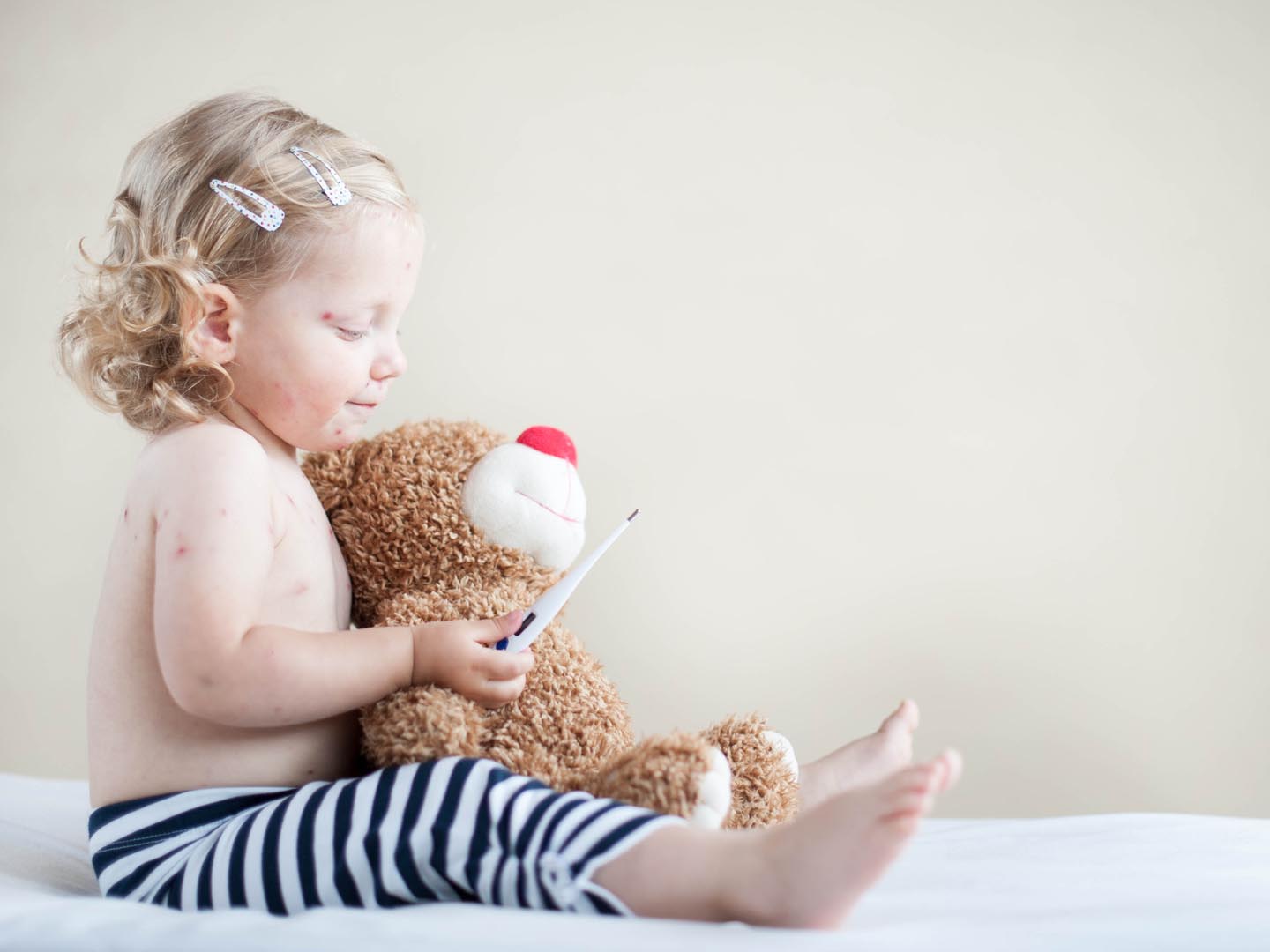 What is roseola?
Roseola is a common infectious disease that affects infants and young children. It typically is not serious and clears up within about a week.

What are the symptoms?
It can take a week or two from when a child is infected with the virus that causes roseola until symptoms develop. The main symptoms of roseola are fever, which develops suddenly and is often higher than 103° F, and the distinctive rash that follows.

The fever lasts for three to seven days and is typically followed by a rash, which appears as small pink spots or patches, sometimes surrounded by a white ring, or “halo.” This rash tends to start on the child’s back, chest, and abdomen and then spreads to the neck, arms, and sometimes legs and face. It can last from a few hours to a few days. Other symptoms of roseola can include:

In rare cases, the high sudden fever associated with roseola may trigger a seizure, called a febrile seizure, which can be frightening but usually is otherwise harmless; urgent medical evaluation is mandatory, however, especially for a first-time febrile seizure.

What are the causes?
Roseola is caused by human herpes virus 6 (and sometimes 7), which is related to the herpes viruses that cause chickenpox, cold sores and genital herpes. The virus is extremely contagious and spreads from person to person through saliva and respiratory secretions.

Who is likely to develop roseola?
Roseola is most common in children between the ages of 9 and 21 months. Almost all children have been infected with it before the age of two.

How is roseola diagnosed?
The initial symptoms of roseola are similar to those of many other childhood illnesses, especially other viral disorders, making the disease somewhat difficult to diagnose. Physicians may confirm the diagnosis by the presence of the classic rash or through blood tests.

What is the conventional treatment?
There is no specific medical treatment for roseola other than supportive care, and the condition typically clears up within about a week. However, doctors may recommend over-the-counter medications such as ibuprofen (Motrin) and acetaminophen (Tylenol) to reduce the fever. (during treatment for viral disorders  children should not be given aspirin, which can cause a serious condition called Reye’s syndrome.) If a seizure occurs, the child should be brought to the nearest emergency department .

What therapies does Dr. Weil recommend for roseola?
Dr. Weil believes that the conventional approach to roseola management is usually best – “watchful waiting” combined with safe methods of fever reduction for infants and young children if required.